The Pacific Science Center had the terracotta warriors. It inspired us to start planning a trip to China (which may lead to a world travelling trip, stay tuned) but back to the warriors. 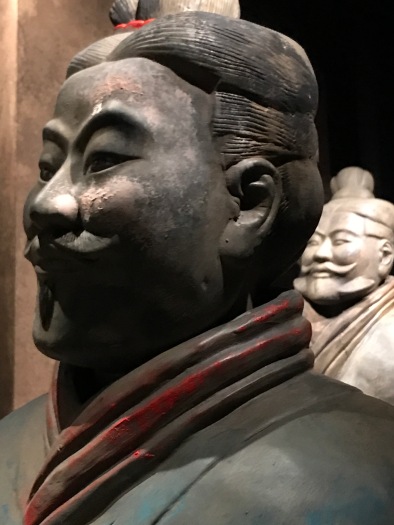 They’re life size! Each face is unique. This one has been repainted as the paint couldn’t last in the sun after so much time (which is why they are waiting to uncover what’s probably a large memorial building under a mound – archeologists actually found some of them painted and watched, helpless, as the paint disintegrated before their eyes).

Can you imagine finding these as an archeologist? The one who was called to look at them initially thought it would be a quick dig. Like I said before, they still haven’t uncovered everything! 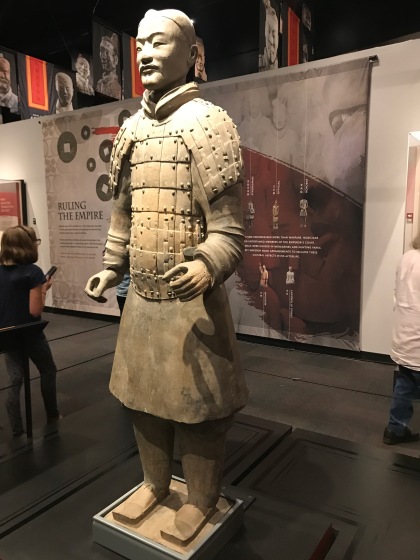 The warriors would have held weapons to fight for the Emperor after his death. 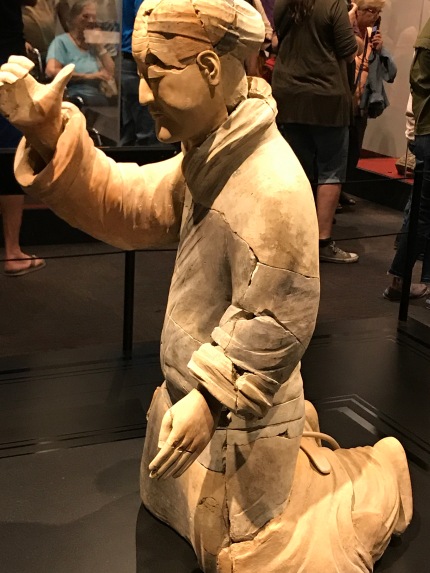 We of course went to the other exhibits at the Pacific Science Center as well. I went when we visited Seattle as a kid and this same (I think) T-Rex is there. As a little kid I thought for sure my older brother was going to get eaten! It was moving and making loud roaring sounds. To my credit I DID brave the T-Rex to pull him out the way. Now I feel safe leaving my baby in front of it (though NOT to my credit it no longer seems to move / roar). 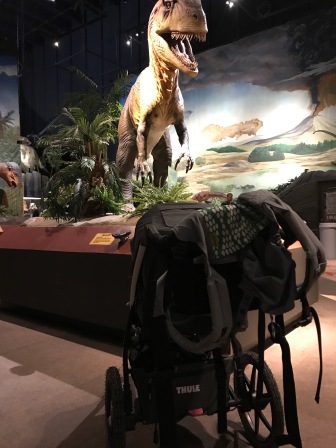 Our six month old wasn’t ready to learn about dinosaurs or space but she did love looking at the projected moving lights! 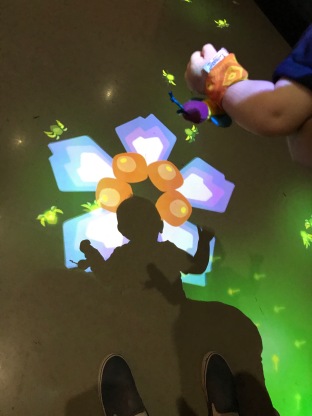 She also loved the butterfly exhibit. Seeing all the fluttering butterflies and the plants. There was one plant (the bottom left pic) that looked painted, so cool. 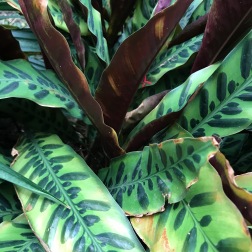 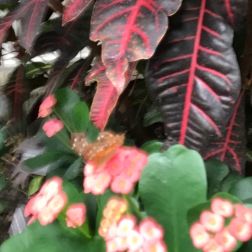 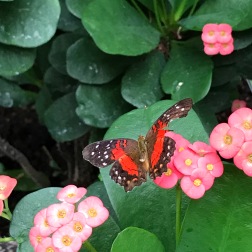 One thought on “Butterflies and Terracotta W﻿arriors ”