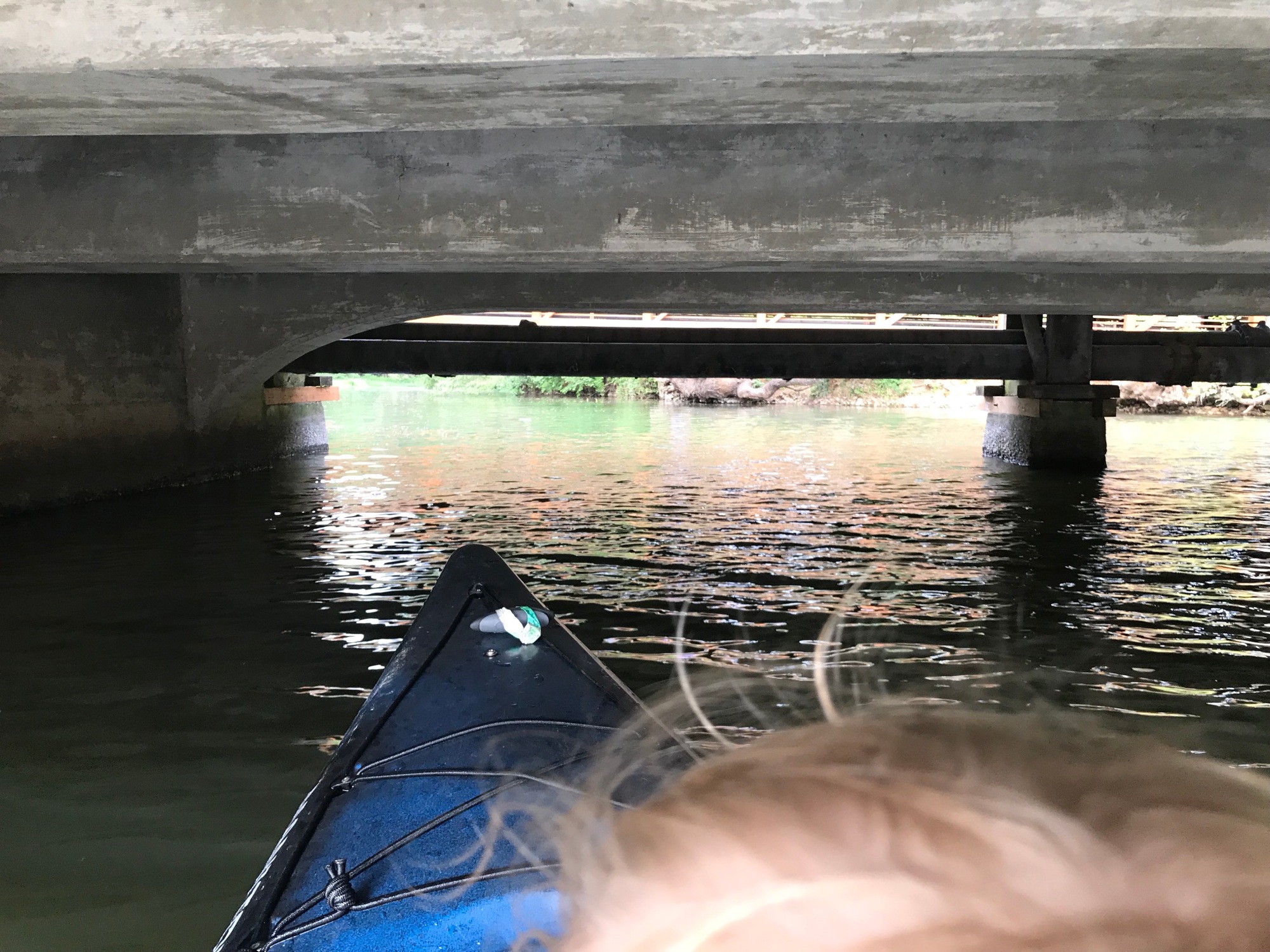 Basically while at Sequester State Park we just used that as a base camp to go to a bunch of other places over the course of a long weekend.

One of which was Lacamas Lake, that we randomly picked out when googling bodies of water near Vancouver, Washington. 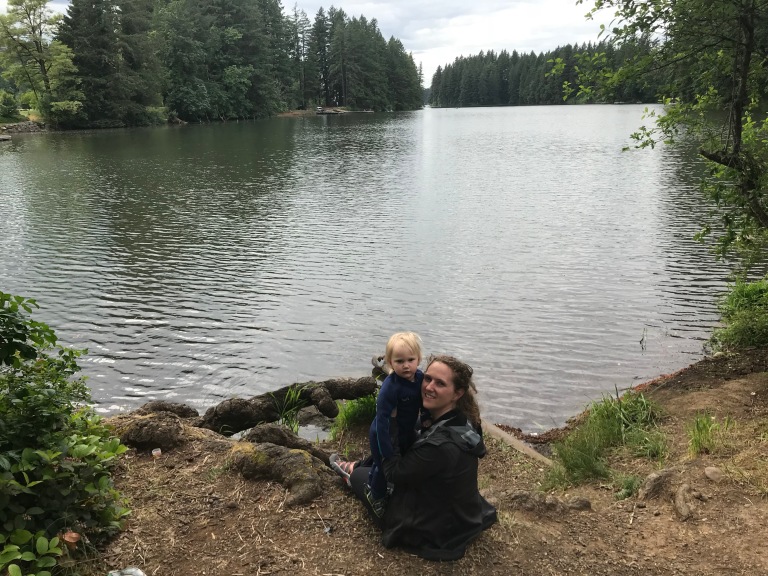 There was a rental place with a launch but since we kind of randomly drove here and found parking by a place that had obviously been used for launching boats (and smoking and drinking beer, based on the dibris) across the lake from there, so we decided to just count our good fortune and go for it.

I never enjoyed carrying the kayak very far from car to launch point but especially not when trying to wrangle a toddler at the same time.

Lacamas was calm on the south end but got windier as we headed north and the lake got wider. At the same time Kaya decided she needed milk NOW so Alex had to do most of the paddling. 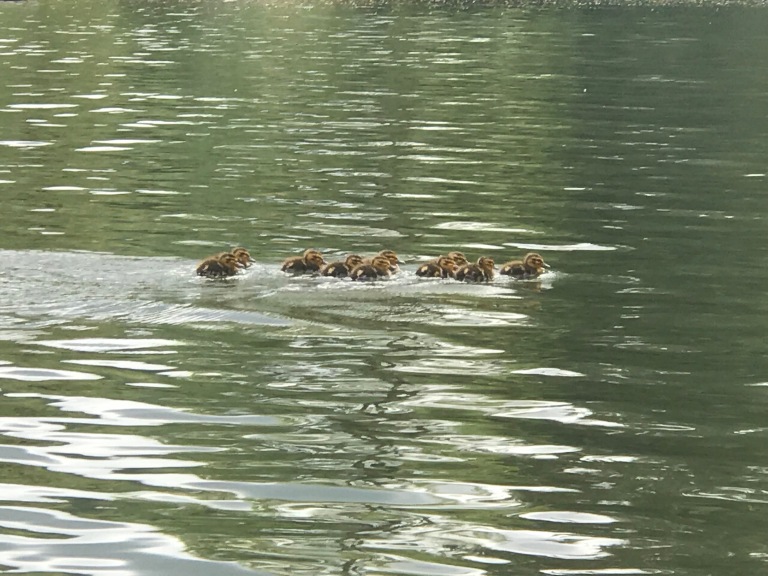 There were plenty of birds and Lilly pads to check out as we slowed our pace, especially as a now happily fed one year old wanted to splash her hands in the water and touch the Lilly pads. 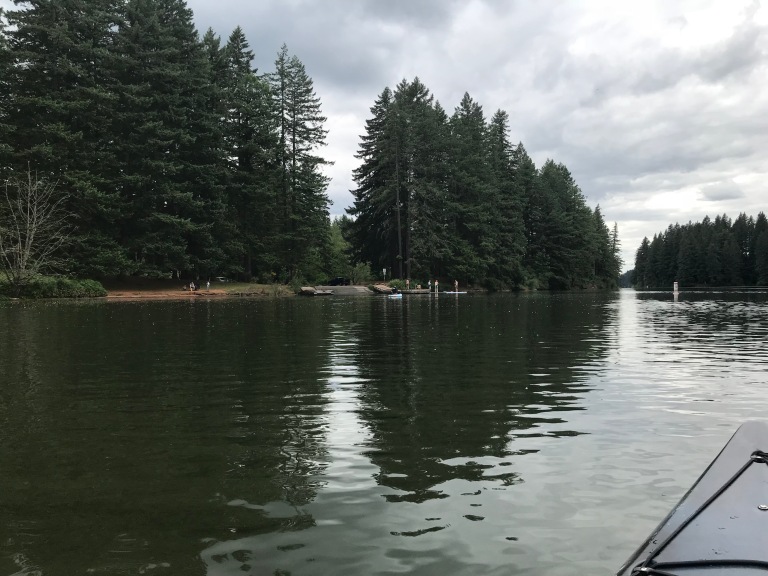 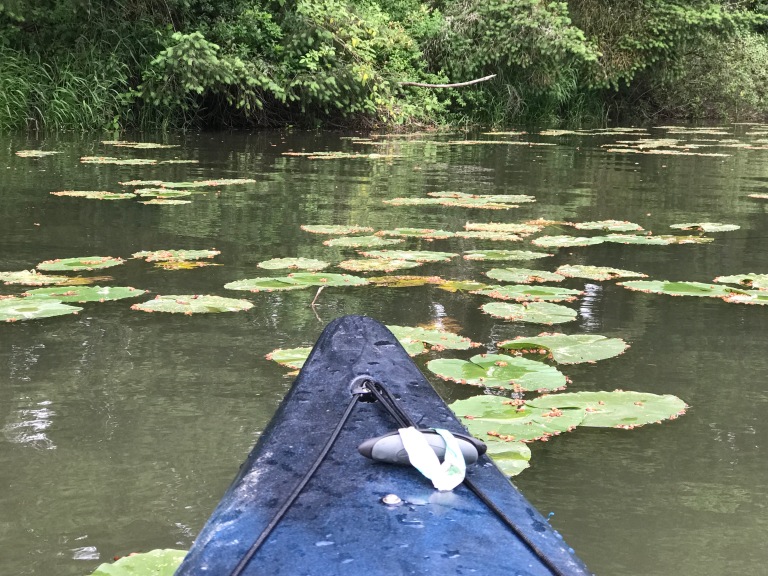 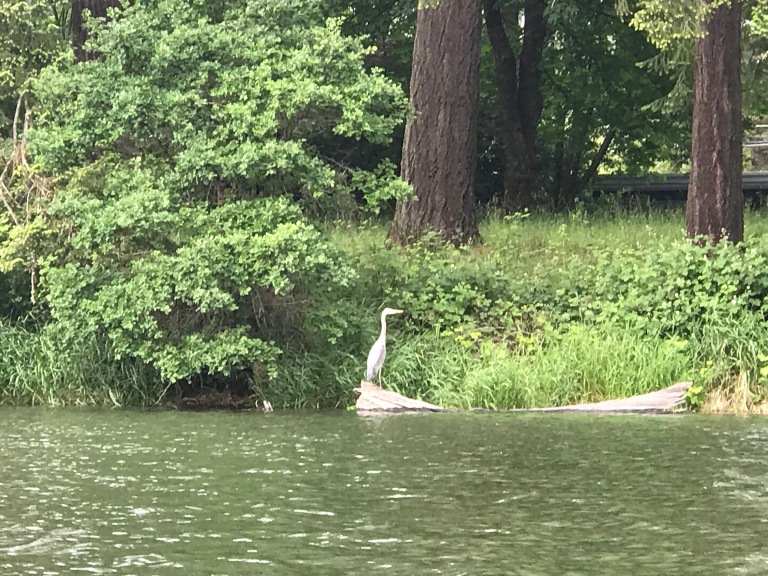 We went back South near our launch point but instead of heading in went under the bridge to Round Lake. 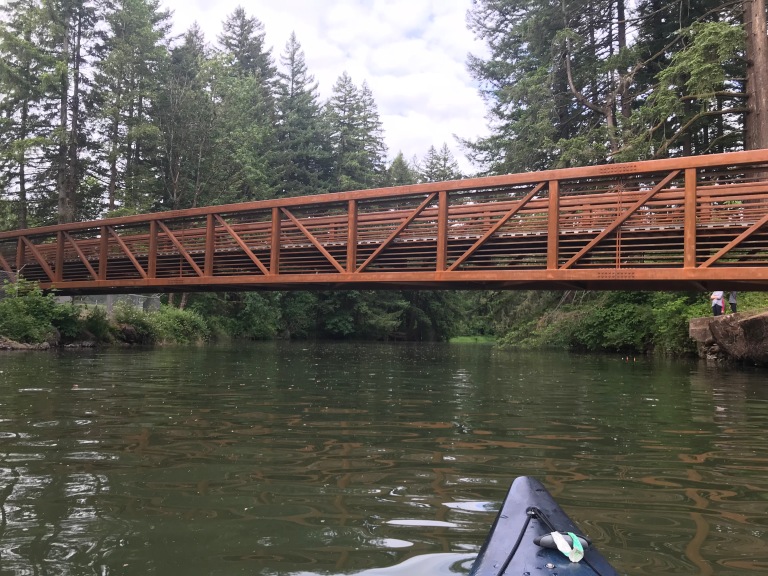 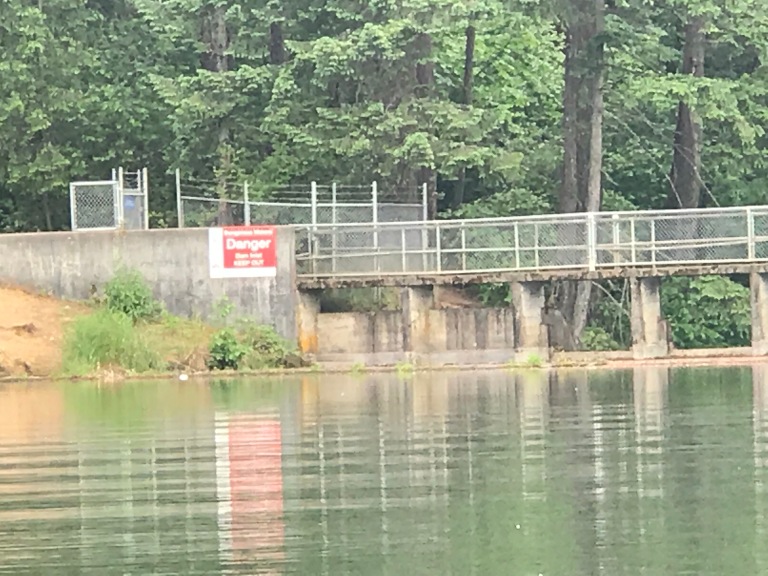 We paddled to the end of Round Lake but heeded the large Danger sign at the end and didn’t try going under THAT bridge.

Instead we turned around and headed back in and back on the road. There was more to explore in the area we were sure of it, though we also could have relaxed near the lake most of the day if we’d wanted to. It had the vibe of Green Lake to us and seemed like a fun place just to hang out.

3 thoughts on “Paddling Lacamas lake and round lake ﻿”