Did you know there’s organic farming in Alaska? Yep! We went on a van tour (after staying at Knik River Lodge) with a woman who works on one of the farms and brought us first to a local restaurant in Palmer that serves food from some of the organic farms and then out to three of the farms for a tour (of which I got to see two of them before Kaya fell asleep in the van).

The funny part about these farms is they all seem to be run by people from other places (like Wisconsin) who got really interested in farming so they moved to Alaska… I’ll admit that’s not something I would have guessed!

Growing up we’d always go to the Palmer State Fair and see all the giant vegetables that can be grown in the land of the midnight sun (though I really doubt those were organic…plus we didn’t see those sizes here, but you should google it if you haven’t seen them! Especially the lettuce and pumpkins).

It was nice to walk around and smell the (edible) flowers and greenery.

We stopped by a small market that had some sort of organic vegetable fruit drink (I can’t recall the flavor) that was delicious. 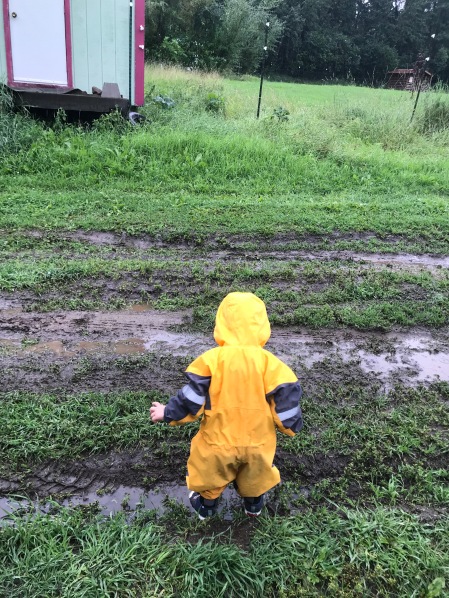 The only thing I didn’t like trying was the edible flower that had a sharp taste to it at the end but I chased it down with a sugar snap pea and all was well with the world again.