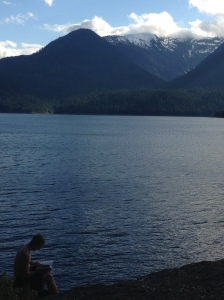 I just finished reading the Early Summer 2015 edition of the Adventure Kayak Magazine.

This is the same edition that inspired my post the art of kayaking.

There are some mentions of Washington kayakers and other prominent figures (prominent enough I actually know about them!).

First off, you can access the magazine’s current issue here to read on various platforms.

Platforms for the magazine: I’m accessing it on my desktop because the current one is always free on there, but it’s clunky and as soon as I find my iTunes gift card I’ll buy a year’s subscription for $9.99 through the app (the alternative is $2.99 per issue). That way I can access more than just the current edition and can read it on my slick tablet vs the clunky desktop (zooming in and out is rather frustrating as someone whose used to smooth zooming on my phone, ipad, and surface).

Laura Prendergast (who works at Pygmy in Port Townsend) wrote about her kayak commute to work. I am also now realizing she may have been the one at the Northwest Paddle Festival to find the perfect wooden boat for me – that I paddled for only 5-10 minutes and am still daydreaming about (see my post here)

Gary Luhm – full time kayaker, full time photographer, in Seattle. And judging by his self-portrait (scraping the sides of an empty peanut butter jar – much more artistically than I’m describing) he’s got to be an interesting guy.

Phil Russell – looks like he makes some pretty great looking skin-on-frame kayaks by hand. The article gives you a short/tantalizing tour of his workshop.

Paddle to Seattle documentary – okay, the actual kayakers aren’t from Seattle (though at least one of them lives in Seward, Alaska, a three hour drive from my hometown), but the title lands this link here.

Steve Weileman and Ken Campbell (Tacoma) have a film called Ikkatsu: the Roadless Coast” that brings all their kayaking skills together for a larger purpose.

Justine Curgenven and her films, such as “This is the Sea: The first ever, action sea kayak video” are mentioned. I talked about her in this blog post about her talk here in Seattle. She also gives a few great tips about videoing your adventures, which are helpful as I am just starting to dabble in this area, and she’s been doing this since before Go Pro.

Audrey Sutherland passed away recently (at age 93). I read her book, Paddling Hawaii, before kayaking in Maui (stay tuned for that blog post), and her personality through the book seemed just really open and adventurous, living life to the fullest.