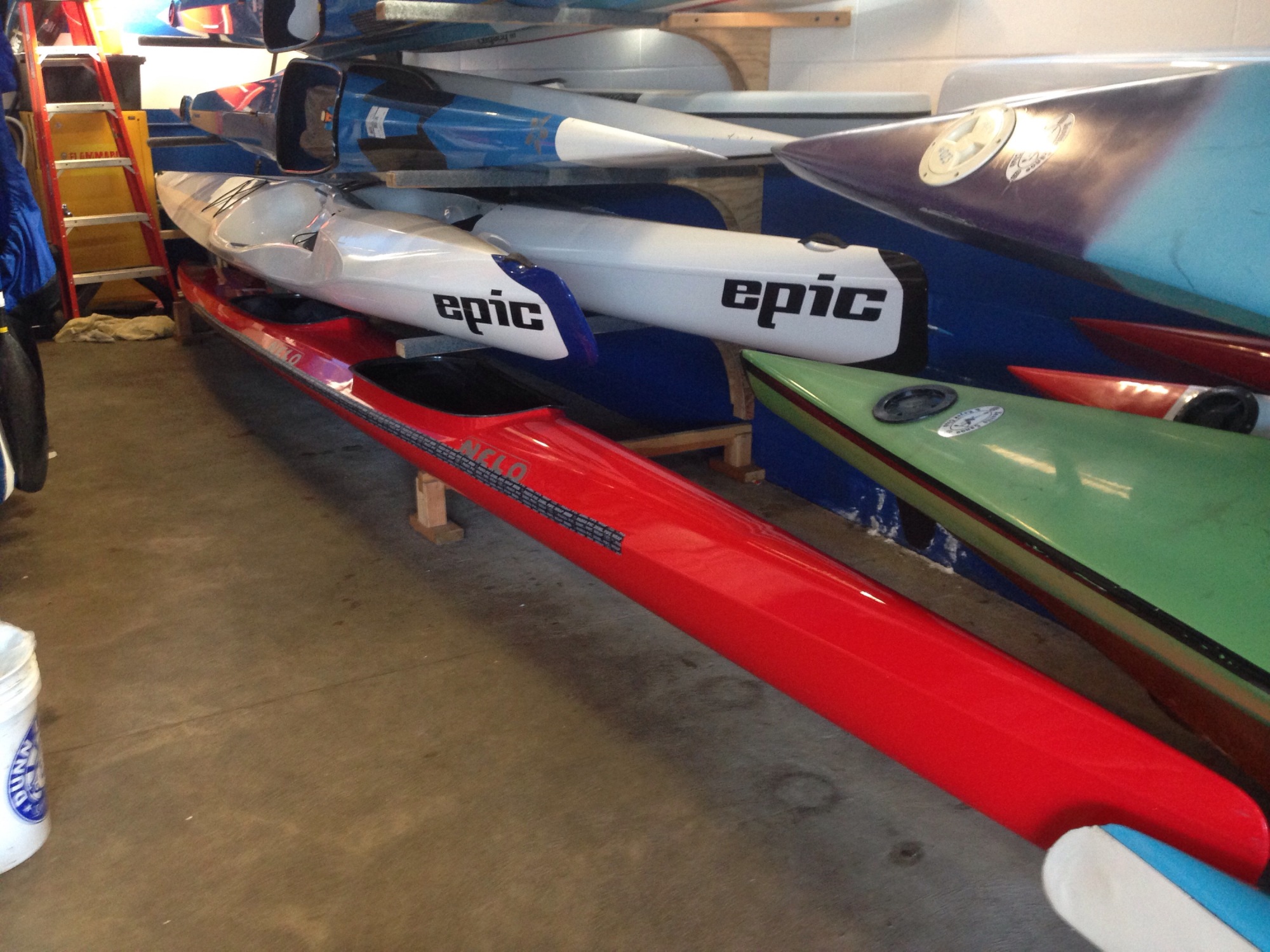 The waves were hitting us sideways as we wobbled in our skinny boat as another racer capsized behind us right next to the finish line. We passed the buoy and were the official winners…of a very low key race.

Okay, so the race only had five people in it but it was still really exciting! And the “we” (since Alex was stuck at work) was me in a tandem with someone going to nationals, but hey, she couldn’t keep the boat upright and going without me! And I got to learn a lot by paddling directly behind her.

The tandem is in red in the picture.

The sprint was a short race after the long race of going out to duck island and back. The hardest part was the distance at a fast pace, the second hardest part was turning around the small island in a really long boat. We came in second place! But it was behind a man in a training boat, so that was a little humbling for all of us. But I was just happy to finish for my second time out of my own trainer.

Afterwards we had a picnic and it was a beautiful sunny day and I got to talk with a few people about my job as an occupational therapist (and how it doesn’t mean return to work in most cases) and learn more about paracanoeing (which is the term used for both canoeing and kayaking with a spinal cord injury).

For Seattle area people interested in the races it’s every Friday evening during the summer, for free. 6-6:30pm registration then racing start, through Seattle Canoe and Kayak Club on Green Lake.