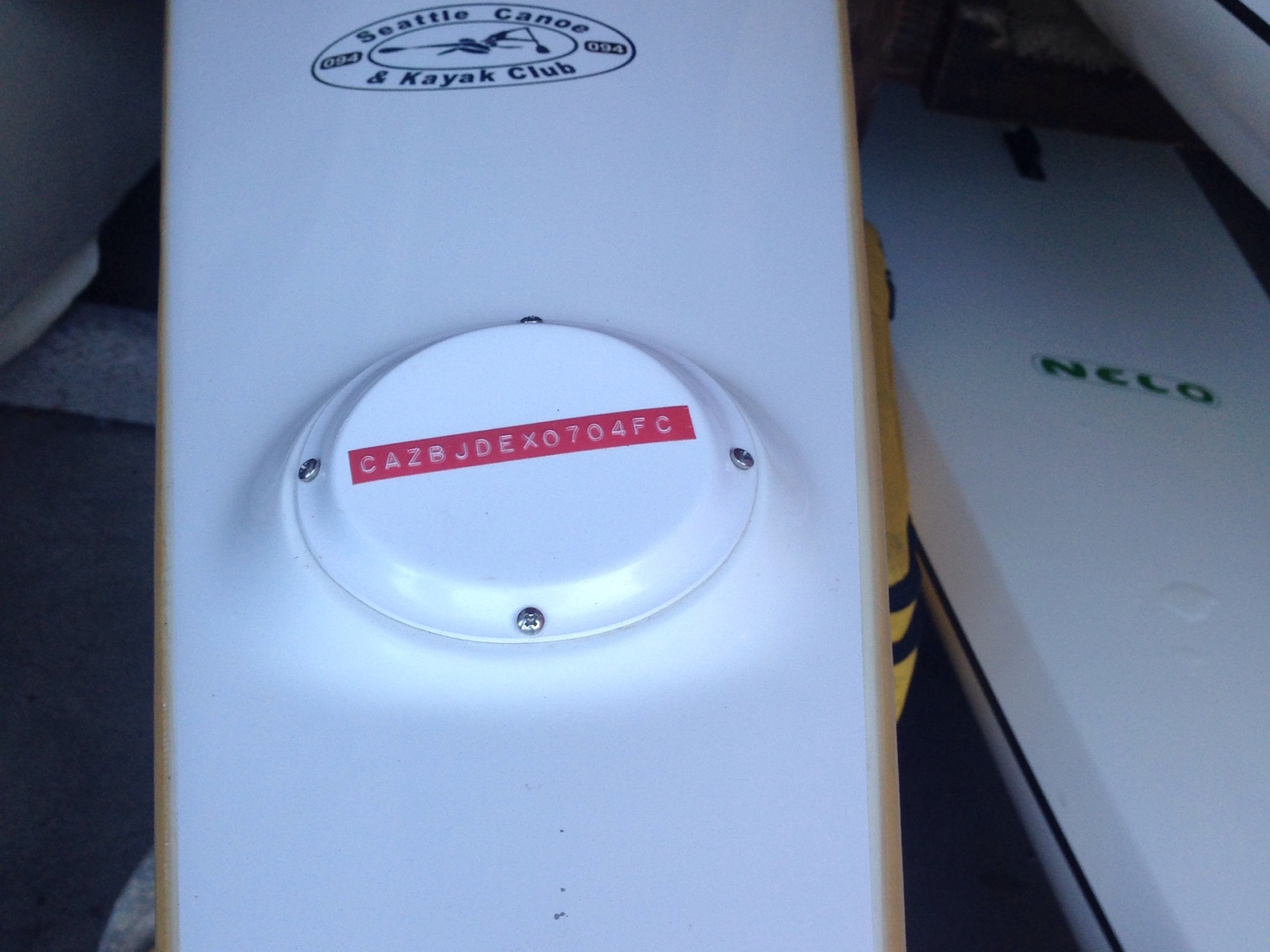 The plan was to bump the man in yellow out of his boat, knowing he wouldn’t be able to get back in unaided, so we could get his boat back.

First we had to catch up, which wouldn’t be a problem because we were practicing racing anyway.

I’d left a boat out for Alex, a Simon-Rivers, because he was stuck in traffic and late to class.

Coming back towards the dock after a sprint I saw his boat gone, Alex nowhere in sight, and a man in yellow paddling in our general direction obviously coming off the dock. He passed us, too far for us to see if it was the Simon-Rivers.

We raced a second time, towards the man in yellow. Catching up with him we could see he was in a different boat, so we didn’t have to push him into Green Lake after all.

Or more likely to ask him to return it and make sure he did, but it’s the quest for war, not peace, that gives you extra powerful racing strokes.

Meanwhile our instructor, who had not engaged in our war-tactics discussion, found Alex on the other side of the lake where he usually meets us. Guess I’d forgotten to tell him that little important detail.

One thought on “Kayak war tactics”