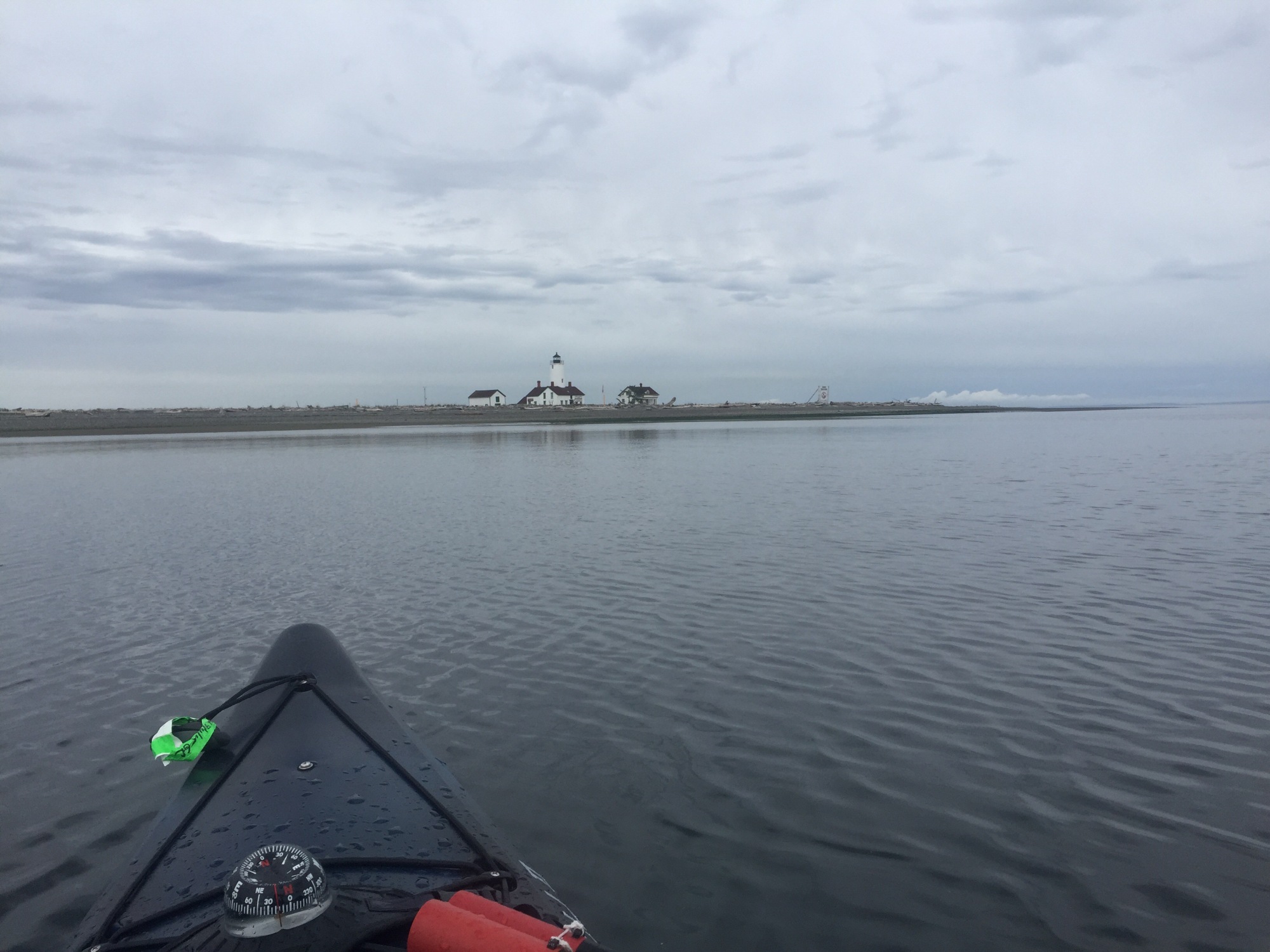 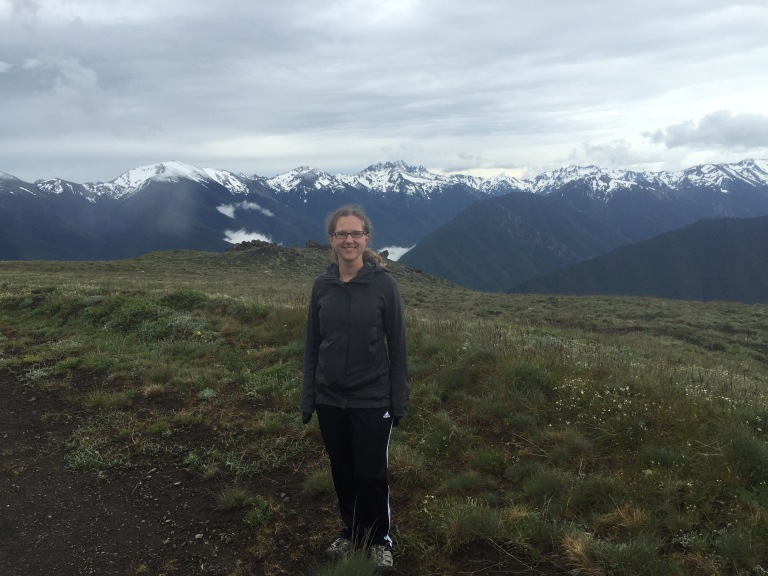 Waking up at deer park made the stress of driving the road worth it (that post is here). The view was amazing especially after a quick drive a little further up the mountain and a half mile loop trail.

There was a light snow and frigid air to contend with but that didn’t stop us from lingering at the top. 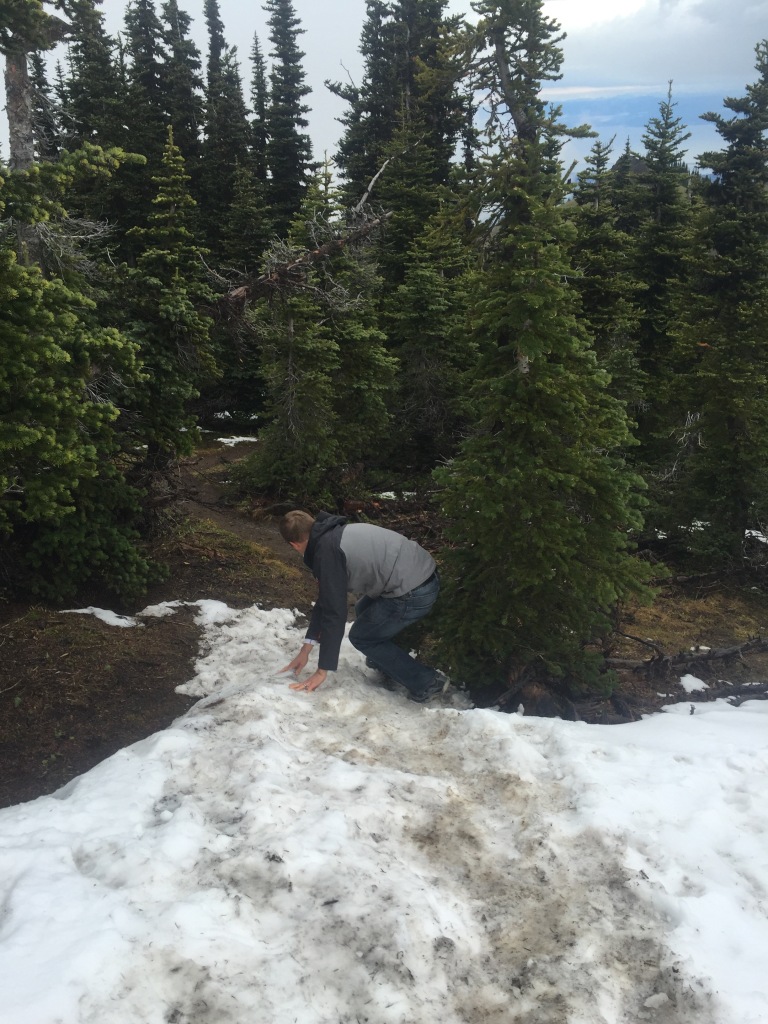 After driving the 18 miles back down the windy road we drove to Dungeness Spit, parking and launching from Cline Spit (has green slippery boat launch or you can just walk down the beach).

We listened the weather channel and knew the small boat warning wasn’t until 3pm, hours after we would be off the water and to our next destination.
The water was placid. It’s amazing to have heard a kayaker died in these waters, but it appears that person hadn’t listened to the weather radio. 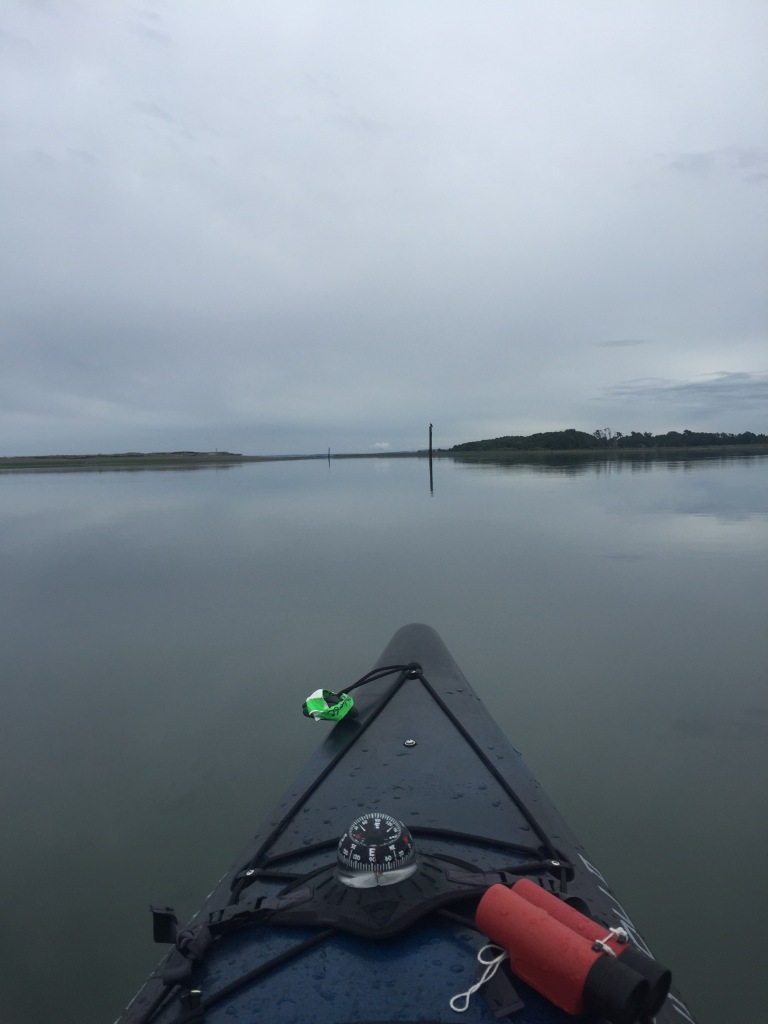 I tried calling the lighthouse to get permission to land but apparently you have to call during normal business hours so we couldn’t get in touch.

A little disappointed we wouldn’t be getting out at our destination, we launched anyway. 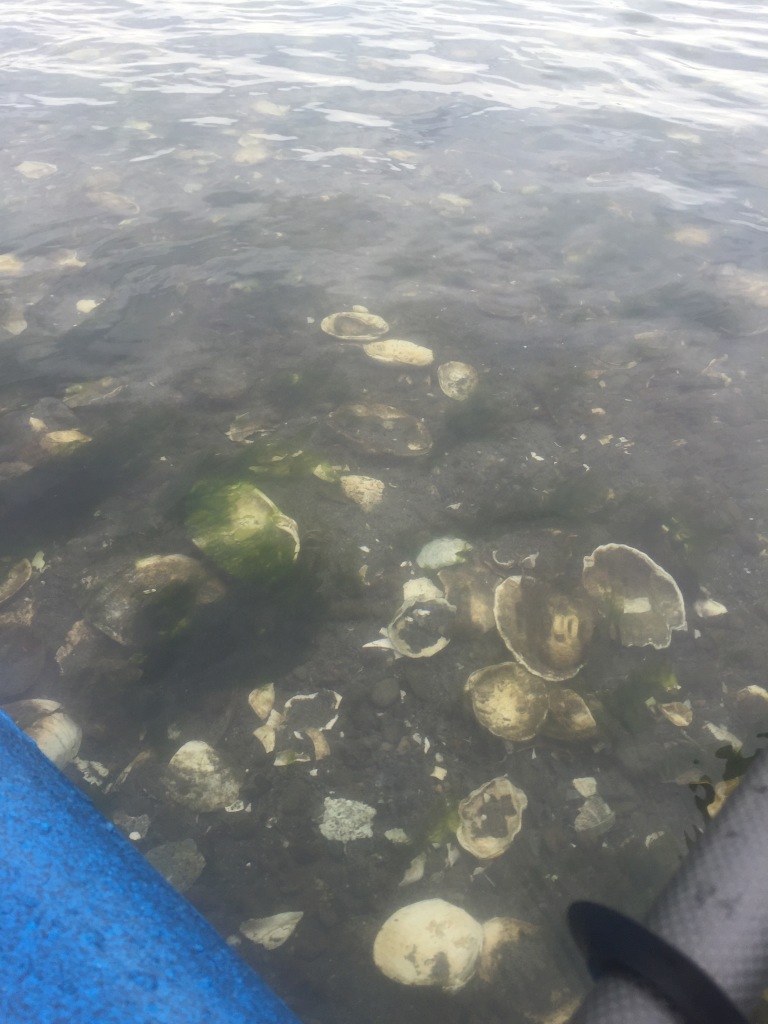 The kayaking book recommended high tide but we weren’t able to fit that into our day so there were a few shallow spots but overall just stay to the right of the poles (which mark the boundary for the closed off wildlife sanctuary anyway!) and you’ll be fine. 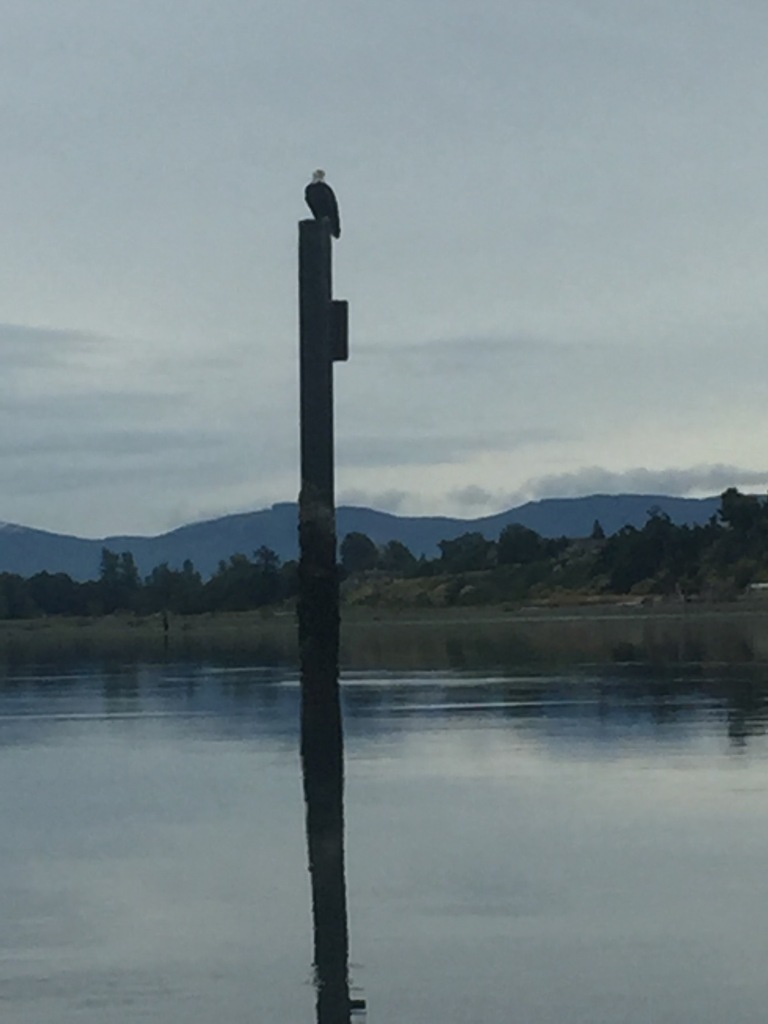 We also tried to give the seals plenty of room, though that was difficult since they weren’t congregated on a rock but instead swimming around every which way. 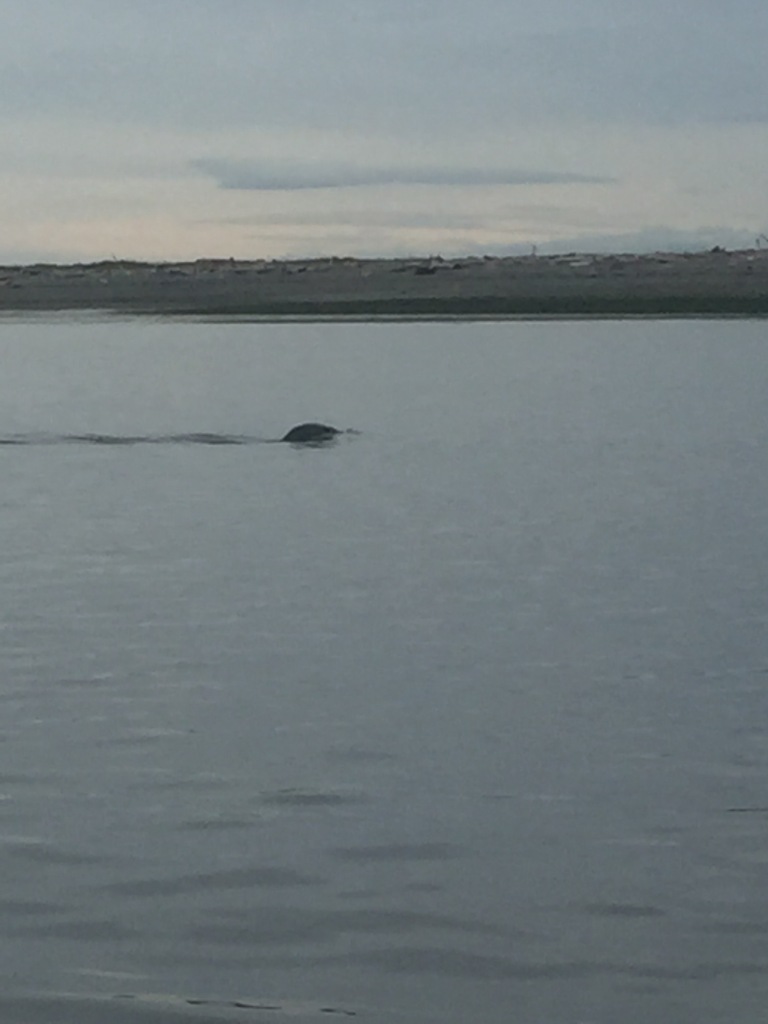 You can see the lighthouse almost the entire paddle but it took a while to reach it. 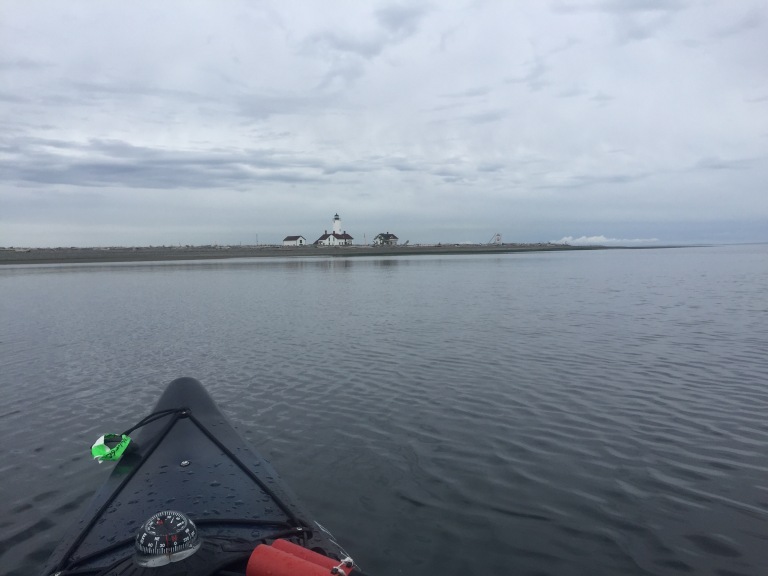 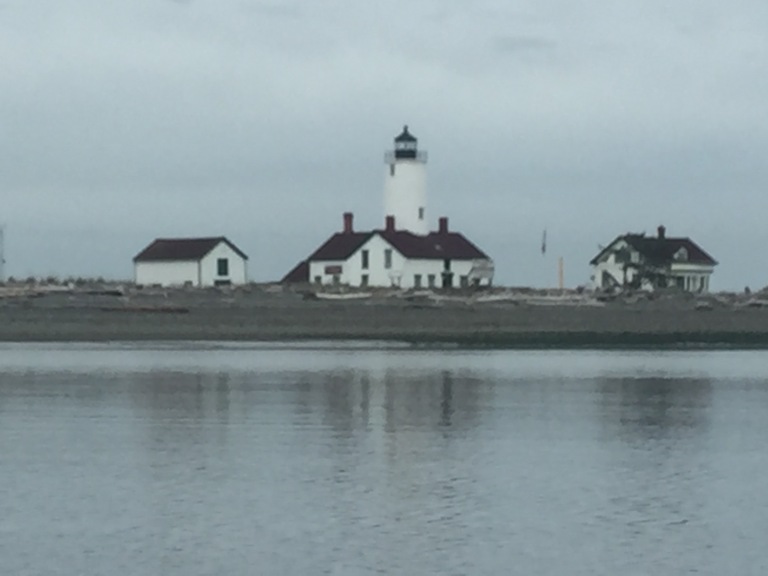 Paddling back the clouds turned grey but that made their contrast all the more interesting. 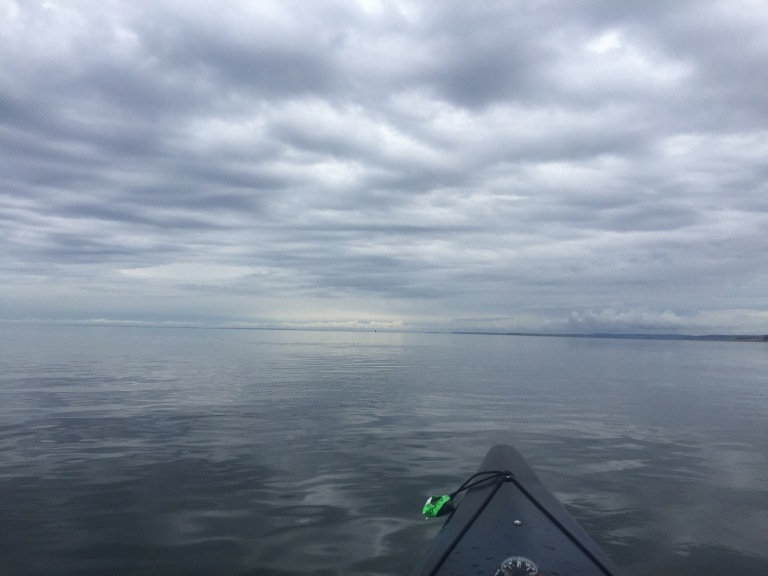 When landing back on a Cline Spit we stayed seated for an eagle show right in front of us. Momma, daddy, and baby (same size as parents just different coloring) swooping and soaring, landing, swiping to pick up fish bones without landing at all, flocking together, soaring separately. So fun to watch the eagles training their offspring. 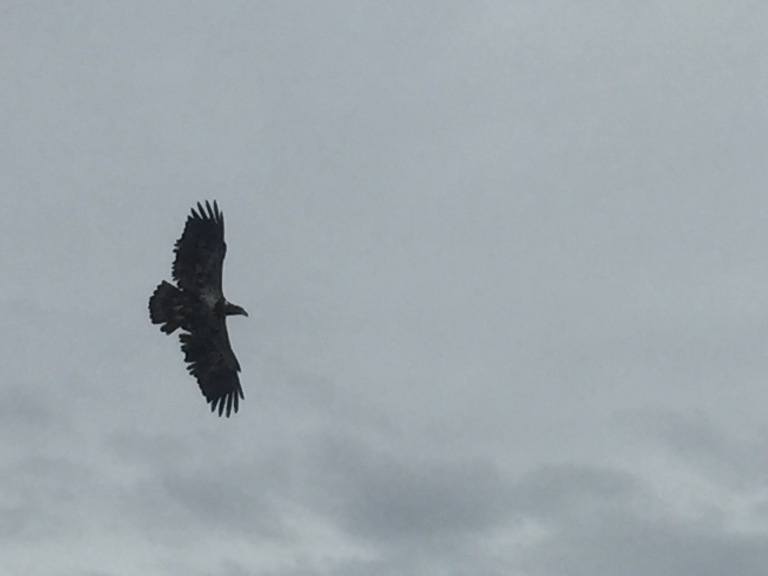 They swooped off and we brought our gear up to the car, seeing a respiratory therapist from my work randomly there as well to do some beach combing. She said camp sites were basically gone already so we knew we’d have to do something a little different. 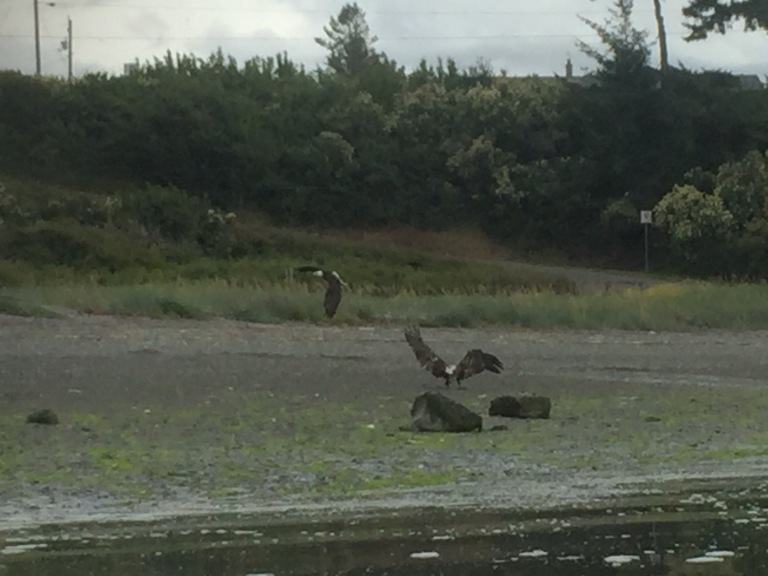 We drove to the visitors center at Port Angelas and got backcountry passes. Originally we asked them for a beach camp but realized we weren’t thinking straight in our desperation to get a spot for the night.

To reach the beach from parking your car is a three mile trek on dangerous unkempt board walk when we didn’t have backpacks. Hand carrying everything in one trip would have led to sore arms and backs. It was a good (read as “okay if otherwise sleeping in the car”) backup plan but our backcountry pass was also good for Erickson Bay on Ozette lake (will post about that next)

While at the ranger station we borrowed (for $3) a bear canister that (barely) fits into the cockpit of the kayak. It’s called the backpacker’s cache and we were impressed by it’s size/shape (ours doesn’t fit in the cockpit) and (like any sturdy bear canister) it makes a good seat by the fire.