The forecast said one day of rain then clear skies. What it didn’t anticipate was that precipitation would actually be snow!!

So while it was sleeting then snowing we checked out the Hands on Museum in Ann Arbor. It’s really cool! Especially for a baby that loves balls there are two really cool rooms, one with water and one with almost like a train track except instead of trains it was balls going by! 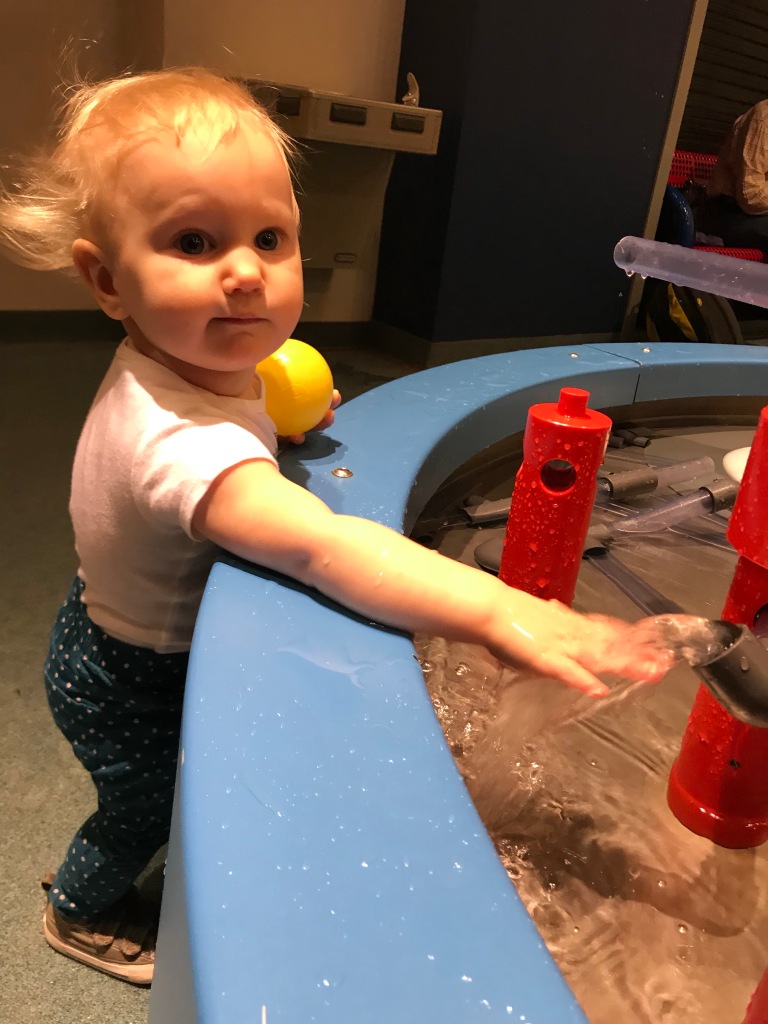 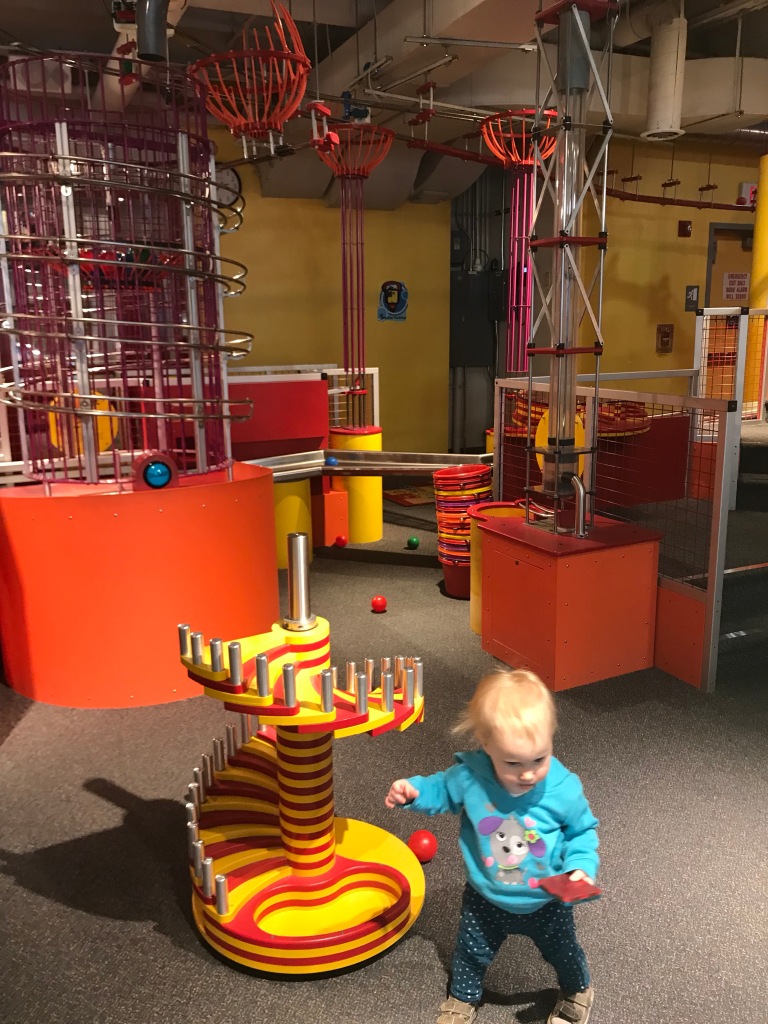 There were a lot of other cool play things as well and we all had fun! (Alex’s parents drove over from Chicago area  and met us there to spend time with their granddaughter and keep me company while Alex took an intensive four day manual therapy course). 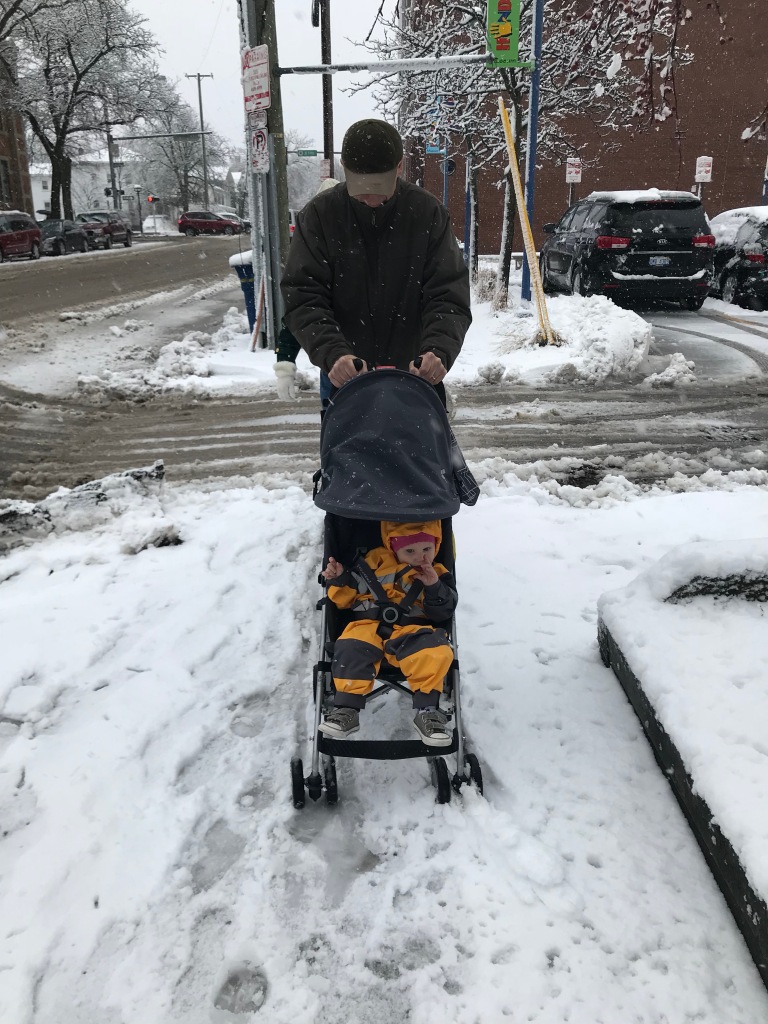 Once it stopped snowing, and naps were taken (by more than just Kaya) I took her out in the snow in front of our air bnb apartment.

She giggled as I built her a snowman but then obviously wasn’t impressed since she knocked him down.