We went to the cougar feeding at the Creature Conservency first. Their indoor space was great, with places to walk along at your own pace and programs every 30 min.

This cougar is a similar size to what you’d find in Michigan (though this one was born elsewhere in the zoo).

I’ve never seen one up so close! 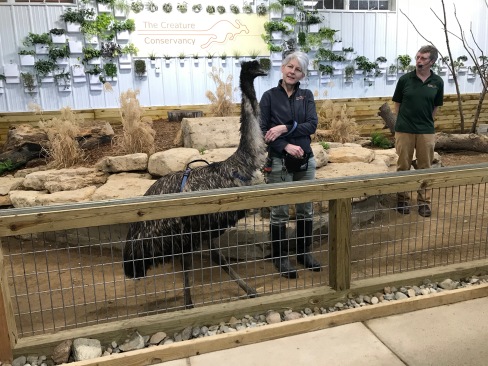 Arthur the Emu was a hit! Strutting his stuff all over the stage. We learned a lot, including how small their wings are (they’re the size of chicken wings on the side).
The sloths, both in the cage and on the ceiling, were very active. They were moving a lot (and not that slowly compared to what I’ve seen, or not seen rather, in zoos).

​
One of the employees said that wasn’t typical, so we just got lucky!

The binturong, an animal I’d never even hear of! had her own educational session. She can hang entirely by her tail and smells like buttered popcorn.

The snake was the only animal we touched (so silky soft), and Kaya seemed to like the snake so I had to pull her hands off before she got to friendly (I didn’t want her to squeeze so hard the snake would get longer…).

There were quite a few more animals, including the tortoise, ravens, wallaby’s, an alligator (which someone had as a pet because for some reason that’s legal in some states), parrots, a eagle, and more. All rescue or born in captivity. 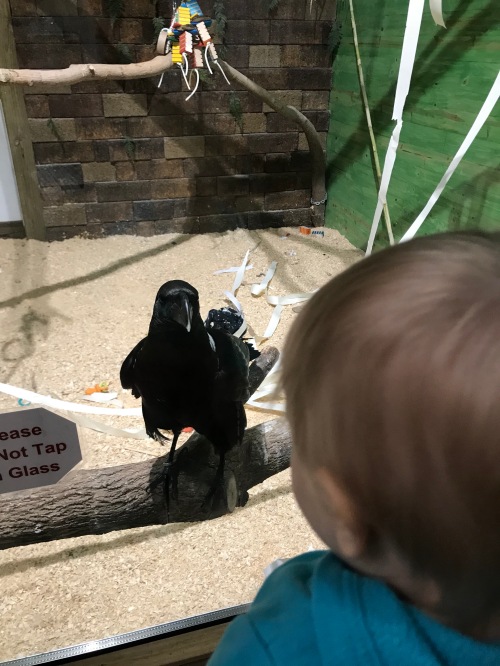 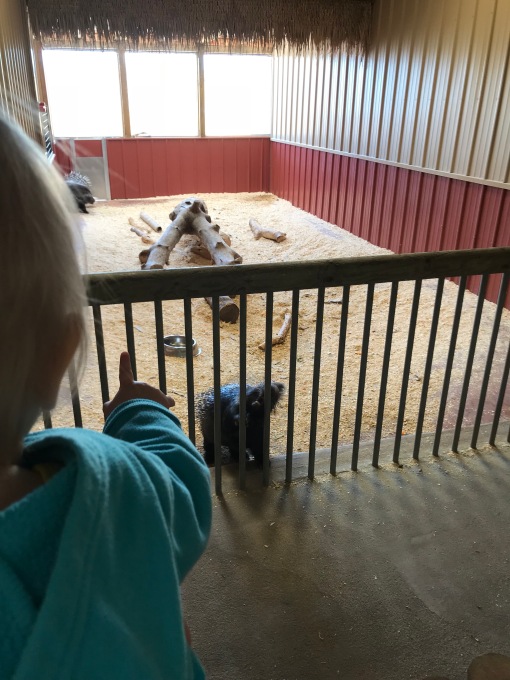 Overall the neatest place we went all trip for all of us (me, the in-laws, and one year old). At a very reasonable price ($8 for the adults and free under 2). They are a non-profit with a lot of volunteers it appeared.