On Lake Union there are a lot of drunk boaters and it becomes really crowded trying to get back to shore after the fireworks (which are shot from Lake Union) on Independence Day. So instead of actually boating we just used the boat as a place to hang for the evening.

First we went for seafood dinner on South Lake Union then played on the boat.

(Kaya’s slightly younger cousin is blacked out with my amazing editing skills to respect his parents request to keep him off the internet).

One of my cousins and his family happened to be hanging around South Lake Union as well and joined us for a little bit on the boat. 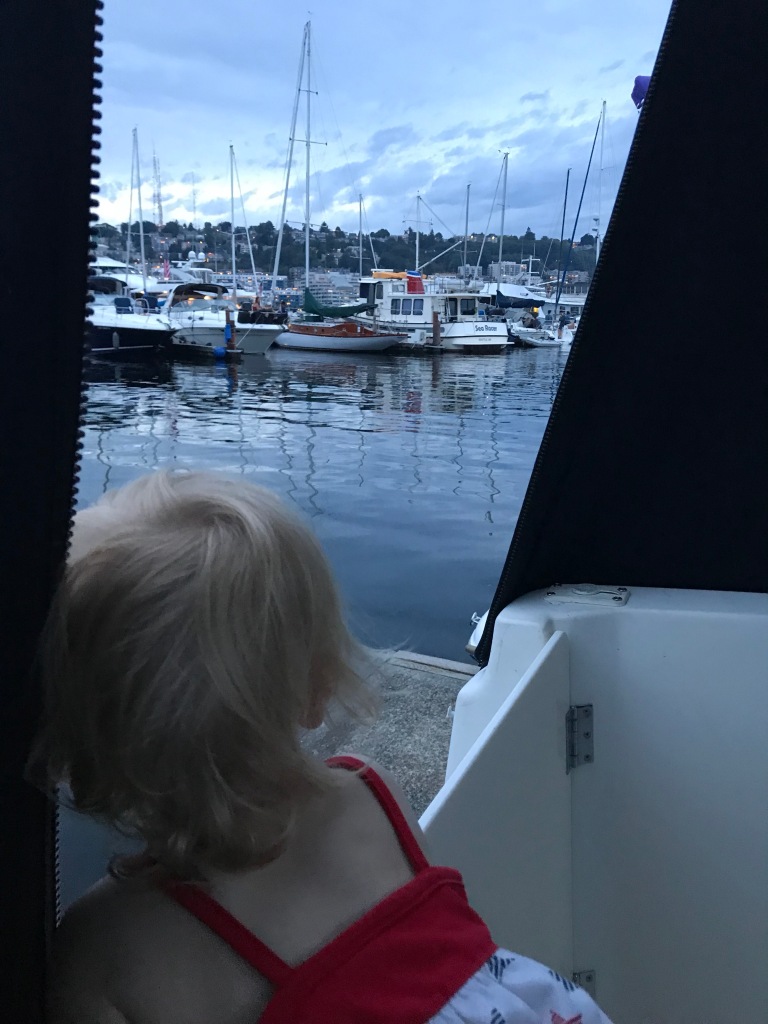 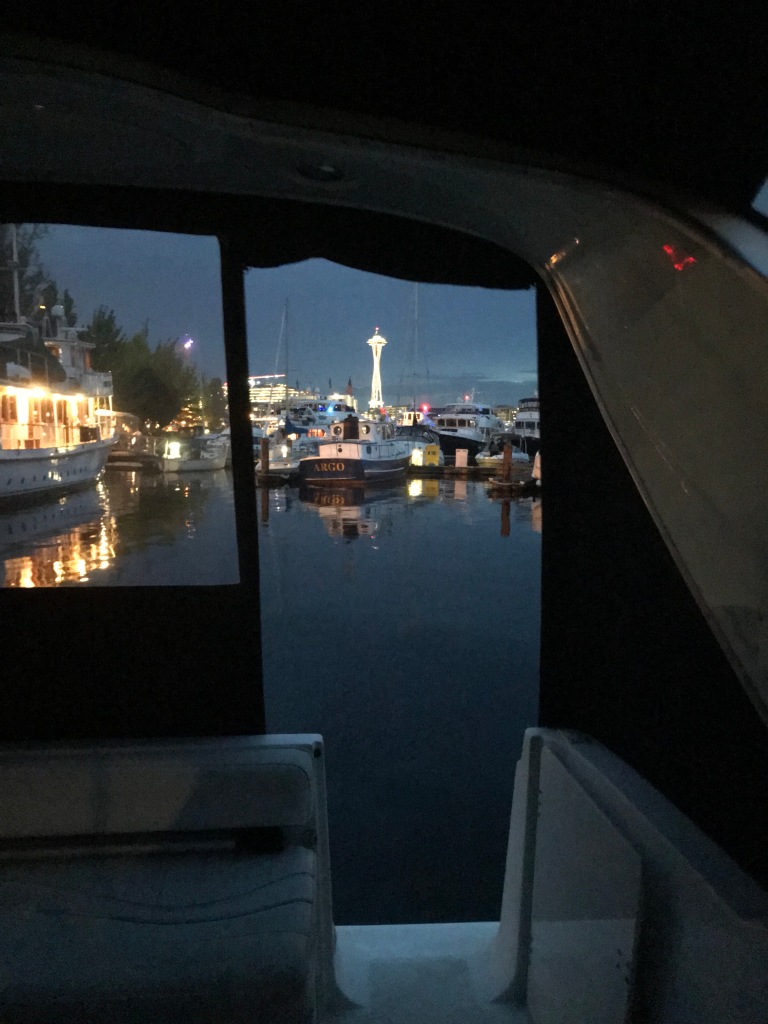 We had a good view of the space needle off the back and fireworks off the front. 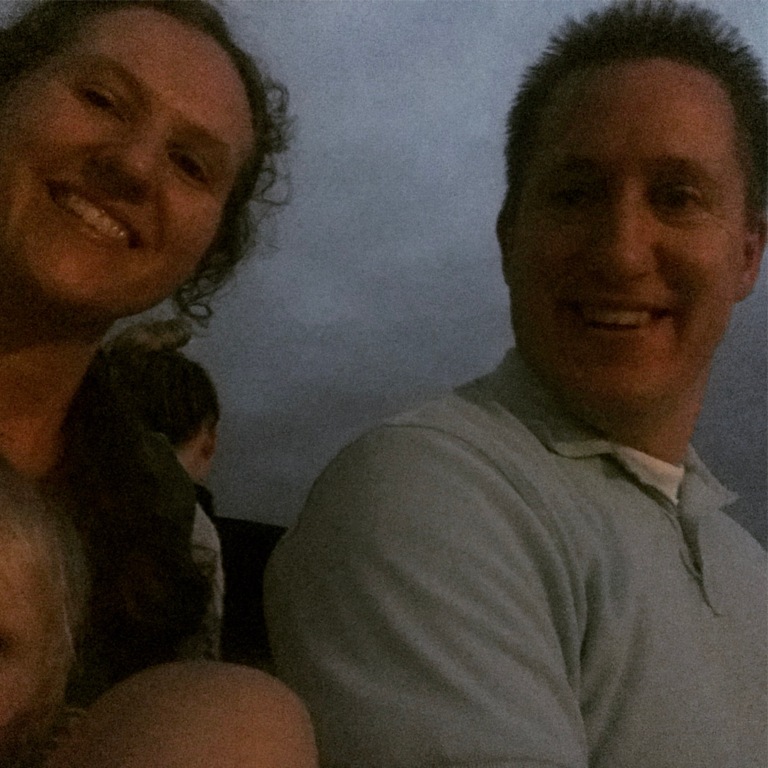 We sat on the deck of the boat when the show finally started.

Kaya was too excited to sleep until right at the end of fireworks. Her cousin slept fine up until Kaya woke him up with a few shrieks right before the fireworks, so both kids got to enjoy the show. 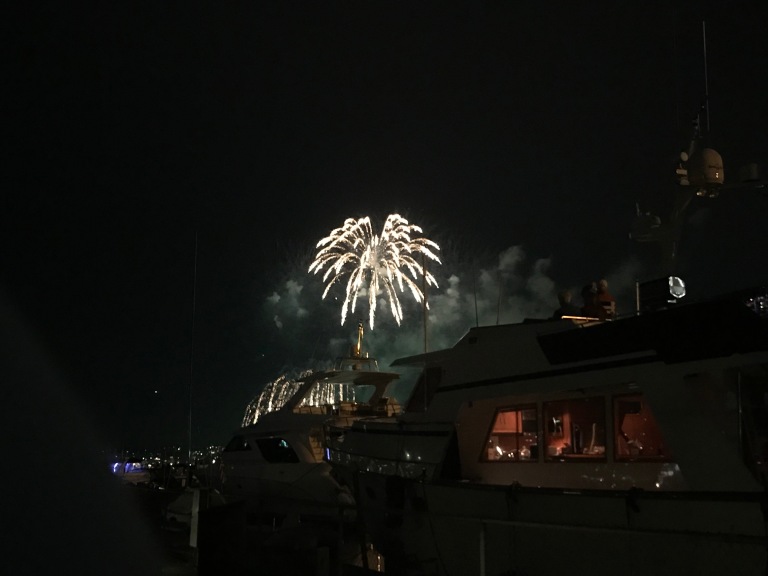 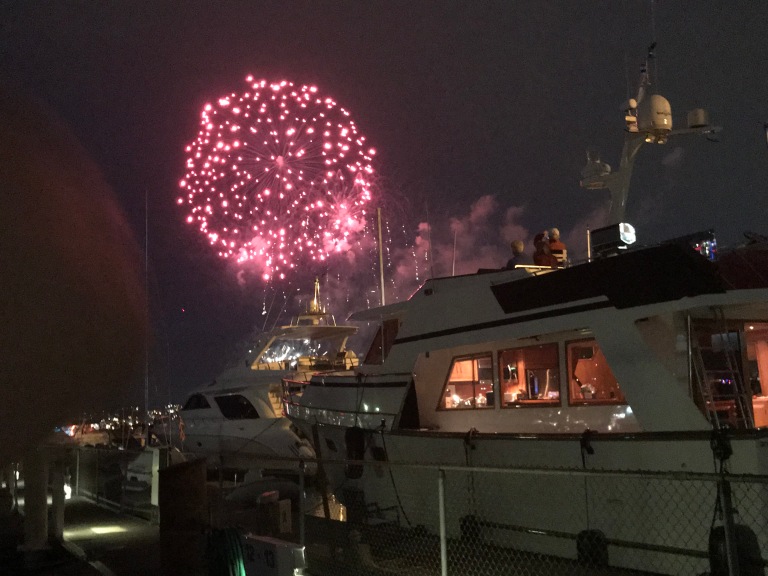 At the end of the evening (especially since it was a week night) it took forever to get out of the parking lot and didn’t get home until late but we weren’t the only droopy eyed ones at work the next day.