Want to drive among wild animals and feed them bread (for an additional charge per loaf, $2 I think)? Apparently that’s still a thing! At Olympic Game Farm, not too far from Discovery Bay.

Cousins loaded up in cars and drove through the farm slowly, tossing bread out the window.

Most of the animals were just free ranging around, coming over to say hi if we slowed down. It was hilarious to hear the shrieks of delight and occasional horror when long tongues were involved, of the younger cousins especially.

Not all the animals were roaming to the cars. The bears had an electric fence keeping them from the cars but they were still close enough to see well and throw bread to. I got some great video of some of them going up on their legs, snatching the bread out of the air with their mouths, and some even dipping their bread in the water before gulping it down. Unfortunately I hadn’t uploaded the video yet and lost all my photos, so now they’re just in my memory and you’ll just have to imagine it.

What was really locked up was the tigers! I actually don’t understand why they’re kept there, since they have such small living quarters and were hard to see anyway. I hope they were rescue and literally had no where else to go because otherwise it’s a shame they’re there in such small spaces. When I did a google it sounds like I’m not the first person to have these concerns and that apparently there’s a larger area they have access to for running around that’s not visible but…we literally drove around the cages so I’m not sure how they have access to a larger open space. And if they did why were all of them in tiny cages opposed to running around? I don’t really buy it and think it’s sad.

I also think they should offer other foods than just bread (I’m sure they feed them other things of course, but that’s a lot of bread being thrown out every day and I know when I eat a lot of bread I don’t exactly eat a ton of veggies).

That being said most of the animals did look pretty healthy! 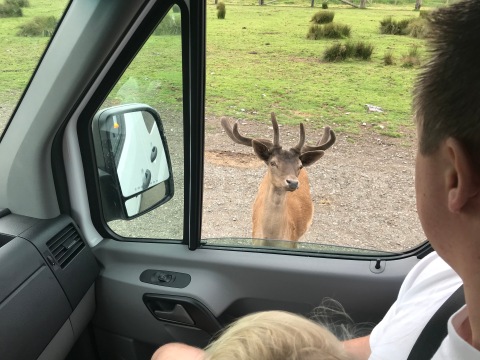 And they were pretty awesome to see up close. So while I did have a good time I also kind of hope they stop keeping the larger exotic animals and give us more healthy treats to feed the animals. 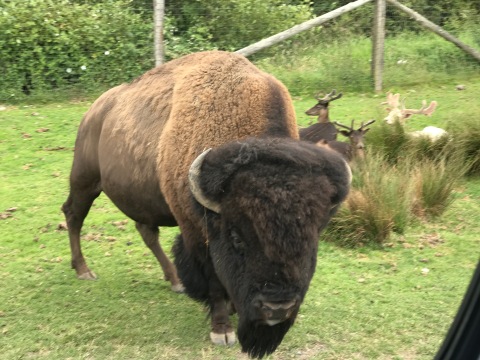 At the end there was a petting zoo that Kaya enjoyed. 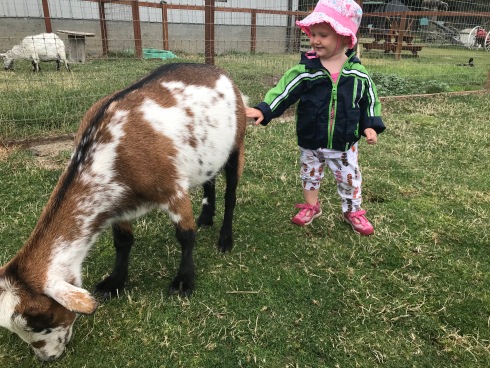 There was also a really gross looking fish tank randomly, a little past the small petting zoo, where you can walk through (sectioned off from the larger animals in the drive thru of course). 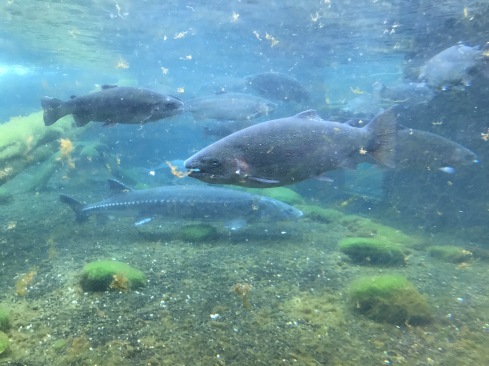 and a cool snake and turtle display (I had a video of these turtles fighting but also lost that). 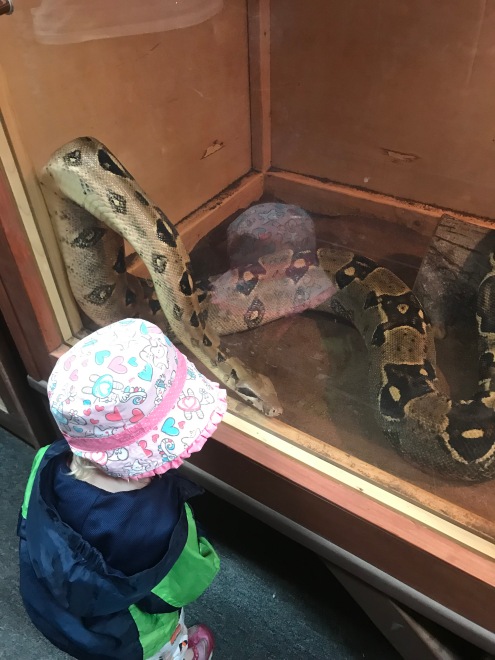