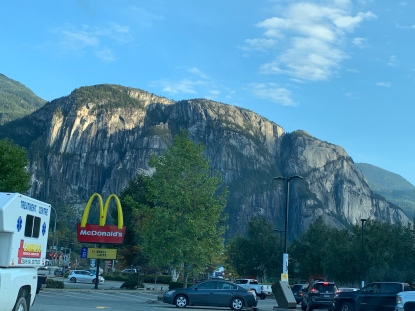 The drive from North Vancouver to Whistler is pretty (when the weather is cooperating, on the drive back it was rainy / foggy and I wouldn’t have even known there was a view to miss). It’s a narrow winding lane that only has one turnout, so if you’re driving you only get to look quickly if you miss that turnout like I did.

We didn’t go as far as Whistler the first day since we camped at Alice Lake Provincial Park (so beautiful!).

I woke up in our tent with Kaya peering over me, grinning in my face, with two very swollen eyelids and swollen / red ears. I stripped her down and found a crazy rash as well. She was really happy so rather than figure out the Canadian healthcare system as Americans (I was sure it could happen if needed but didn’t want to find out how to navigate it if not needed) we would just monitor her. We took her to the camp showers to rinse off any allergens. Once we were reasonably sure the swelling was going down, not up, we left for our hike.

Mom-guilt-side-note: if she had absolutely any swelling around her mouth / throat or had been itchy / in discomfort I would have taken her in immediately. I took tons of pictures and wrote down every detail for her medical chart, including the many animals she was exposed to the day before at the farm and true confessions of taking her to McDonald’s . And I did take her to an allergist as soon as we were back. Their best guess is bug bite reaction!

Since Alex was with us I could pick an actual hike that we could actually finish! I was so excited I did a ton of research and found Train Wreck hike.  There was a lot of info on the hike because you used to have to cross / walk along train tracks, and there wasn’t a sign for the trailhead, or official parking. I had so many notes I took down but found it’s now super easy.

We drove about a half hour, most of the distance to Whistler. For parking just enter “Parking Lot for Train Wreck Trail” (I wish all locations had this feature) on Google maps then walk downhill from the parking area and there’s a small (but very legible) sign post. 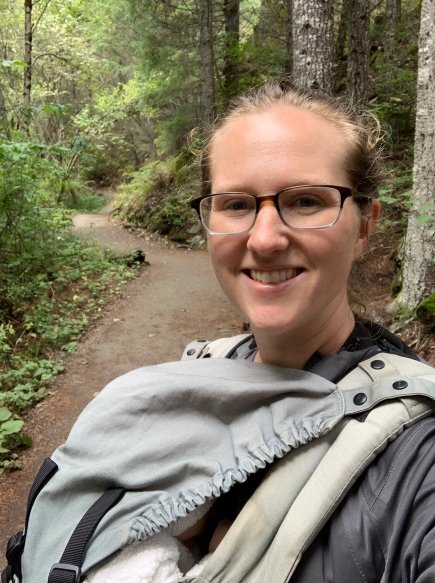 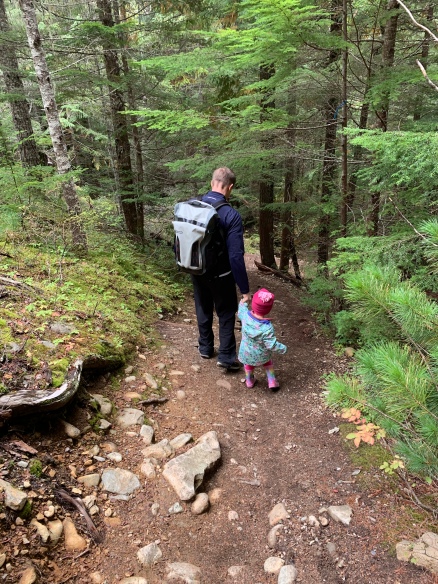 When you get to the draw bridge you’re almost there. 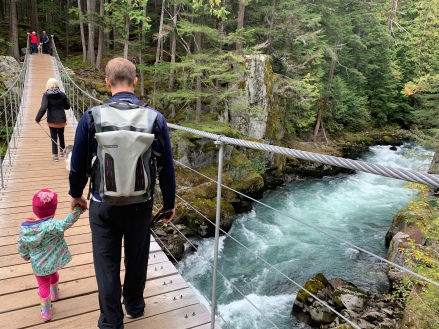 There was a train wreck 60+ years ago and it’s surreal to see the 7 train cars that were left in the forest (they relied on the train back then for supplies so had to leave the ones they couldn’t get back into working order) among the trees. All spray painted by many visitors over the years (we saw some spray painting while we were there). 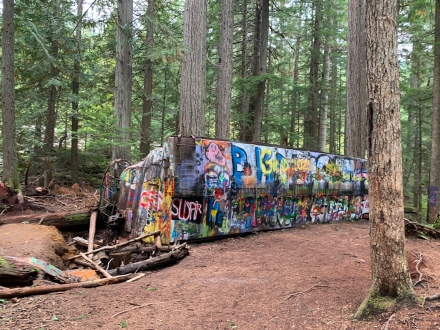 Five of the train cars were near each other and two to the left (from the bridge).

You can (carefully) go into most of them. 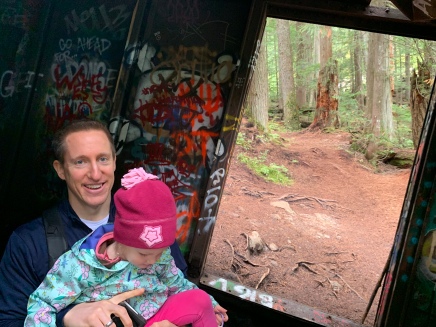 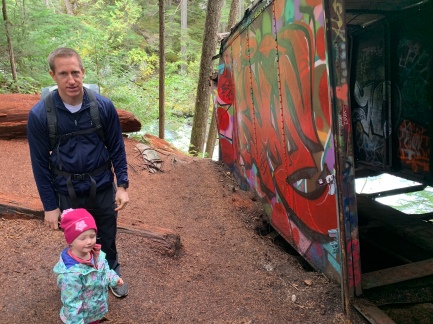 We were especially careful on this one (above) since it was hanging off the cliff and you could see the water. Part of me felt if they made a bridge for safety then they probably checked that nothing crazy would happen with the train cars but I definitely wasn’t going to trust that guess.

Someone (multiple someones most likely) also built this into a bike park! We weren’t lucky enough to see any stunts in action but it was incredible to realize people could make their bikes move through the air the way it was set up. 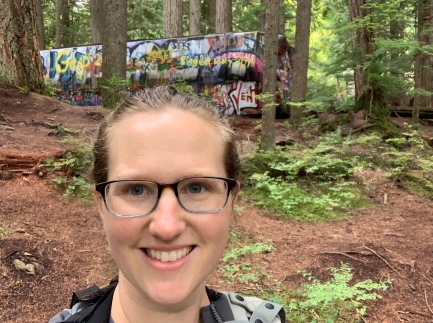 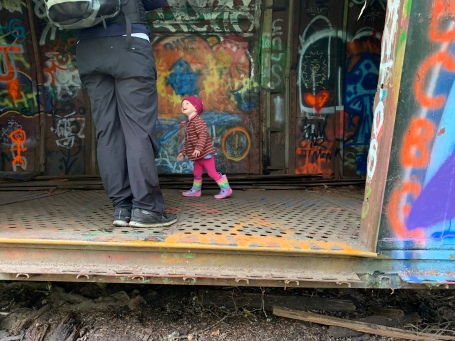 Kaya did great on the hike, occasionally needing Yogis (if you have a toddler they are a fantastic hiking reward). She did get tired after walking among all the train cars and Alex had to carry her most of the way back, but she was in good spirits. Obviously