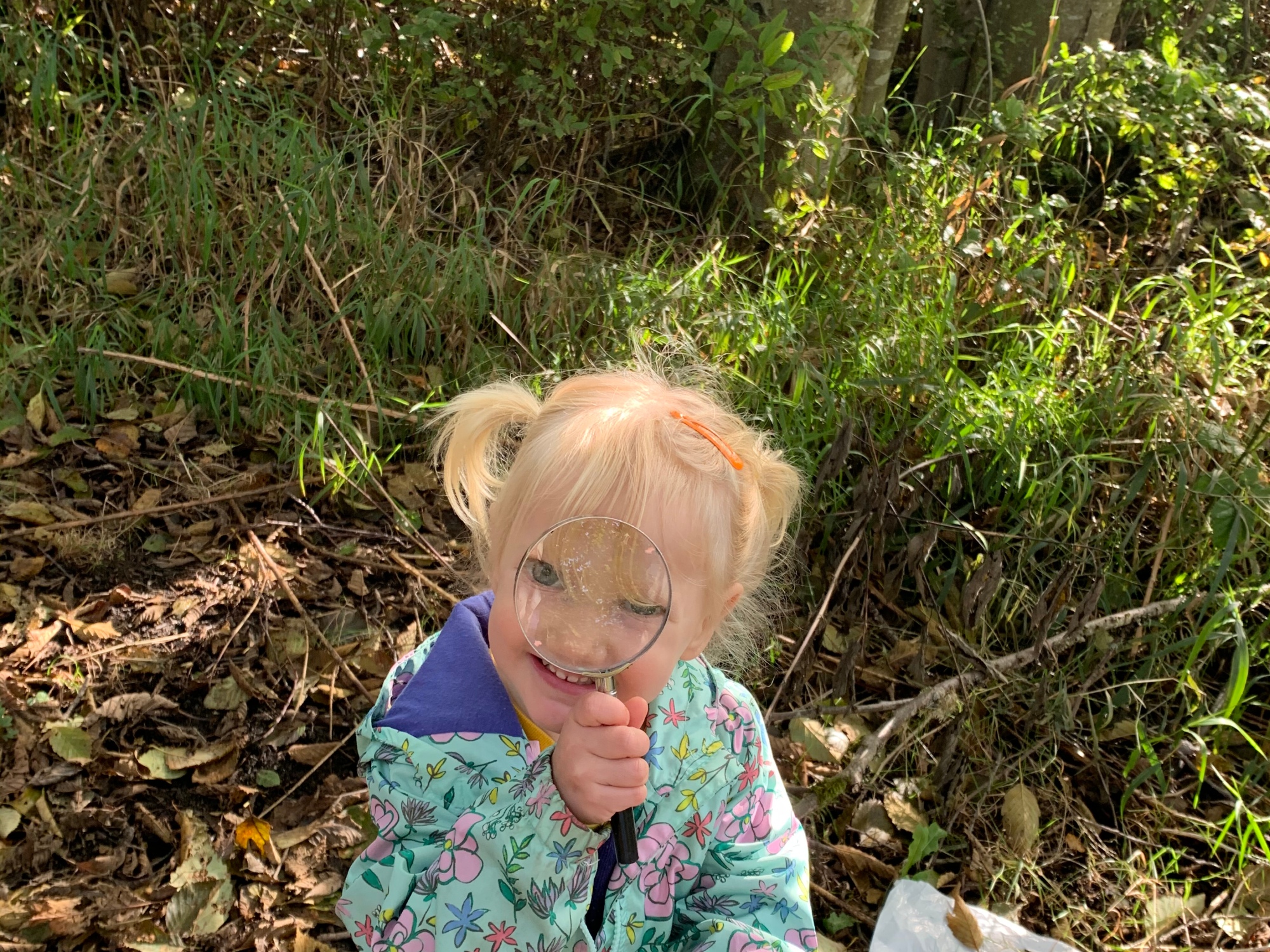 Remember how I mentioned there’s three Ranger Stations in Bellevue I want to explore? I went to Lewis Creek before and today’s walk was at the Lake Hills Green Belt Ranger Station.

I had a hard time getting out the door with the kids and then we had to figure out how to find the path (not through the garden as I originally guessed but from the far end of the larger parking lot that’s NOT where GPS takes you, FYI) and then catch up with the kids, so we were about 20 minutes late for an hour walk, but still had fun. 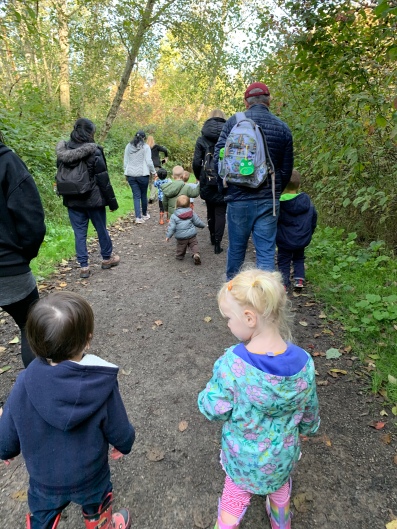 The kid’s walk was called “Life in Leaf Litter” and yep, we found bugs in the leaves! 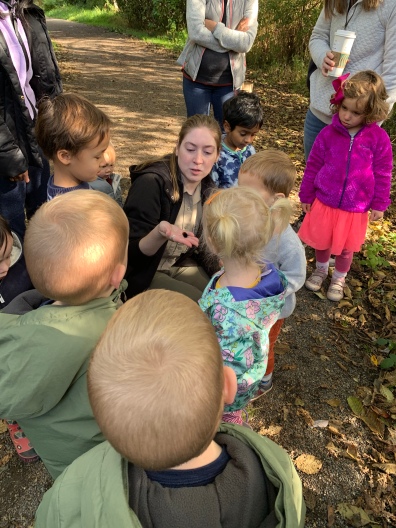 The kids searched by laying an unopened garbage bag on top of the leaves then using salad tongs to put leaves on the bag. This made it easier to find the bugs in a smaller contrasting pile, and allowed for easily sliding the leaves back onto the dirt when we were done. 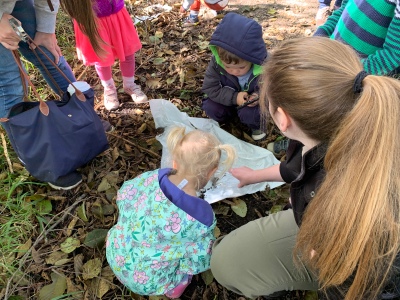 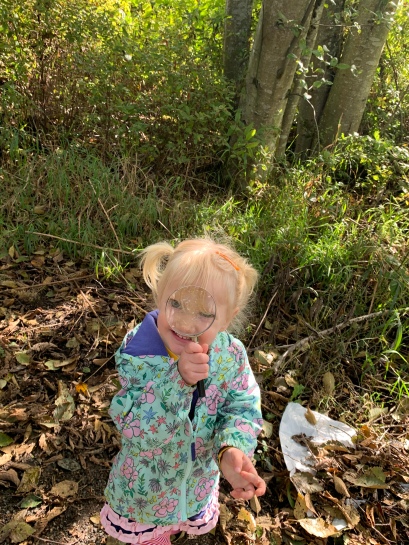 This ranger led hike was really interesting for all of us. 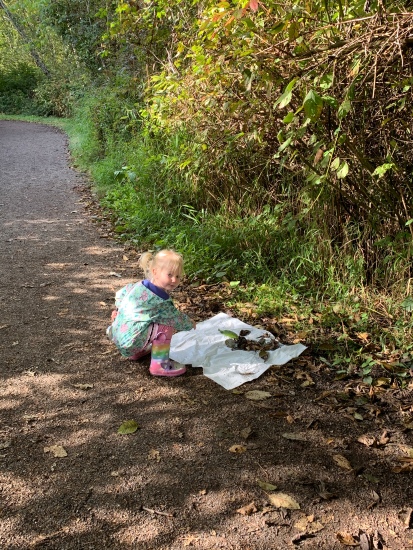 After the walk we went into the garden. The kids that stayed enjoyed running after each other all around the garden, after playing in the children’s garden. It was surprisingly green and fun for being October.