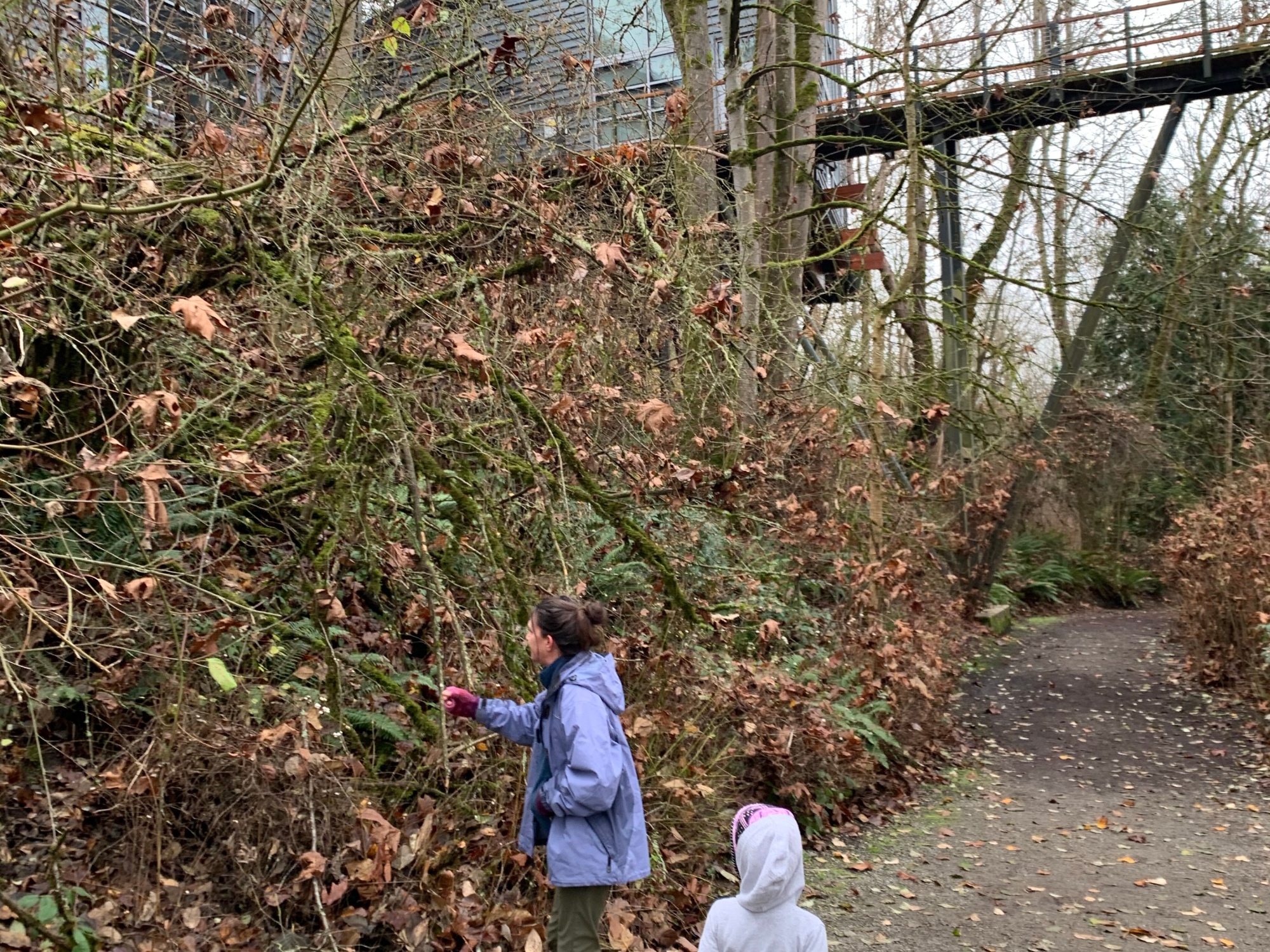 I finally made it to the third Bellevue Ranger Station, the week before Thanksgiving. We were already running a little late when I also had to go into multiple buildings to find them (there was a school program going on in each so I kept seeing kids but they were too old). It didn’t help they were up in a tree house!

I wouldn’t have even noticed it but a mom saw me from up there and called out to me.

The ranger helped Kaya up while I brought Kaden up.

The ranger asked the kids how far they thought the water would be then grabbed a stick to see.

The kids got to feel the bottom of the water with the stick. It was as tall as they were! 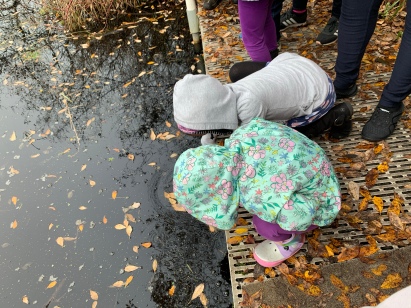 We went along a little ways then turned back to the ranger station.

This ranger station had a lot more displays than the others, and more toys, but not as large of a play area (though the Ranger said there’s a big adjacent room they will use for crafts).

We played with the toys for a while and I couldn’t help but look at the book titles (so many local nature books I haven’t looked at yet!!).

Eventually we pulled ourselves out of there but will definitely be back.