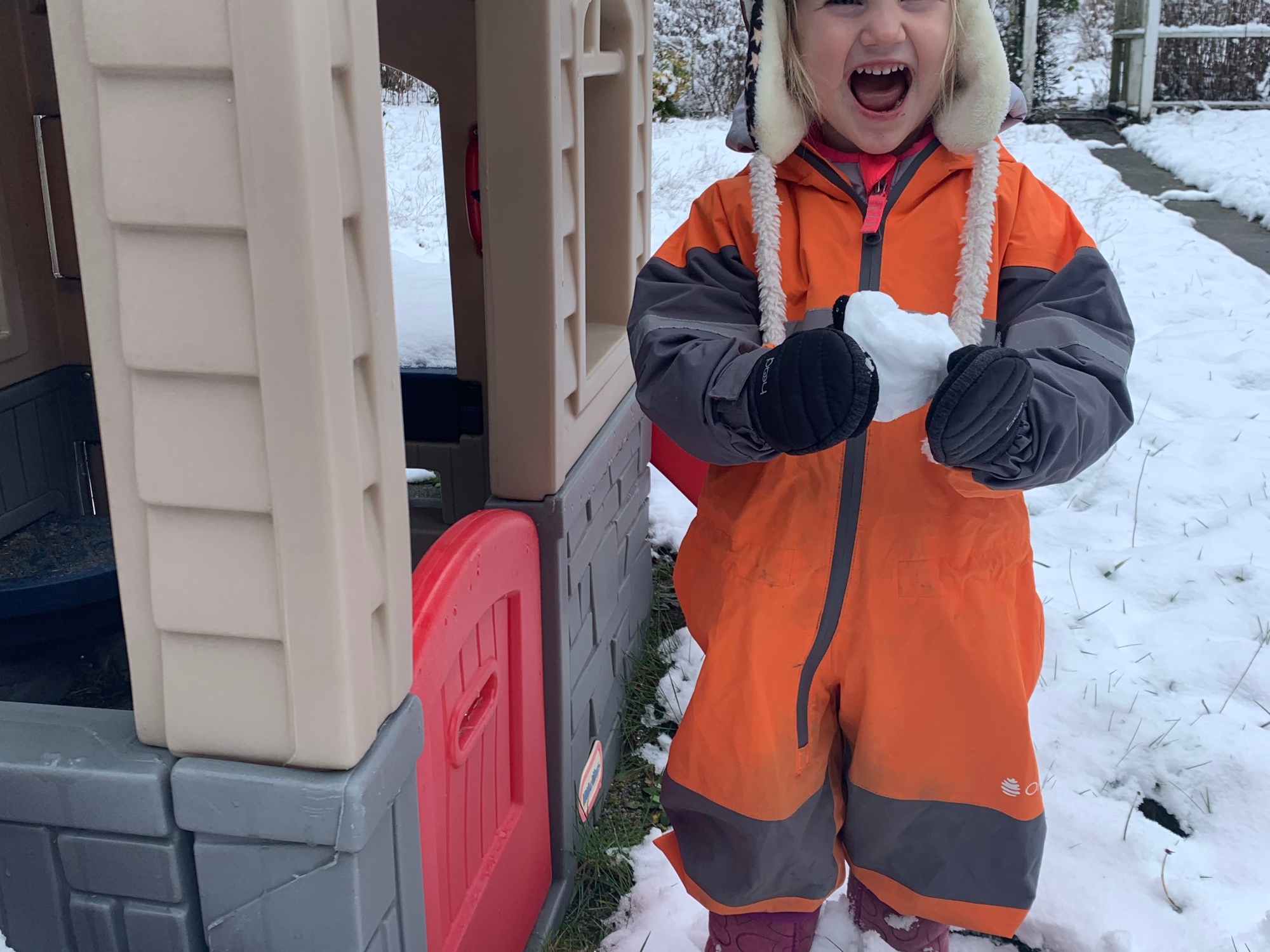 Snow shuts Seattle down. We have hills, very few snow ploys, and vehicles that don’t do well in the snow. I drove in Alaska for for about 8 years and still don’t like driving here because of the kills and traffic that goes from bad to standstill with accidents. The upside is, if my work shuts down then we have a snow day!! And the snow can make perfect snowballs because of the moisture. .

Gearing up can take a while when you’re putting the layers on yourself and two little ones.

Especially when you’ve got a goofball almost three year old and almost six month old that can’t sit up very well on his own. 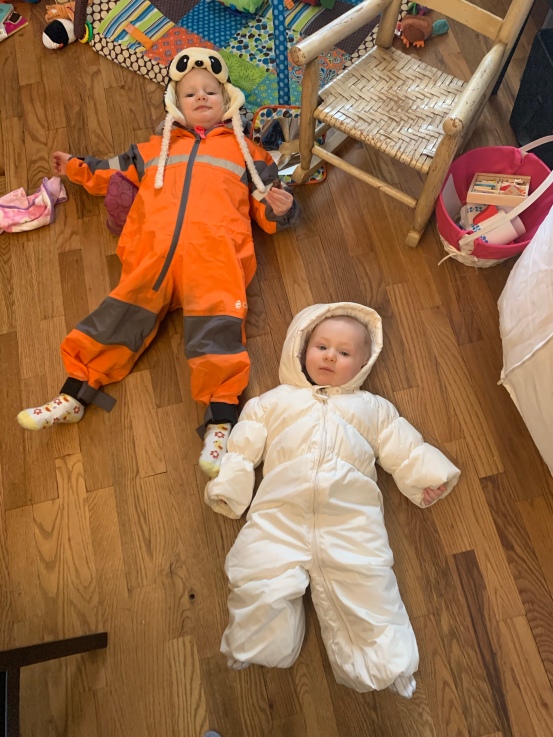 But we made it outside!

And made those perfect snowballs! 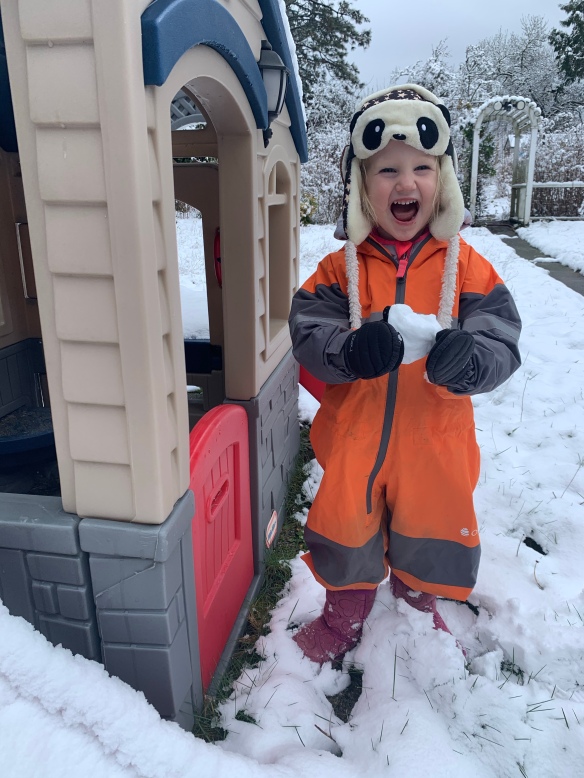 After the novelty of the snow wore off (Kaya’s been in snow multiple times but not often enough to really remember and this was Kaden’s first snow) it was playing as usual. 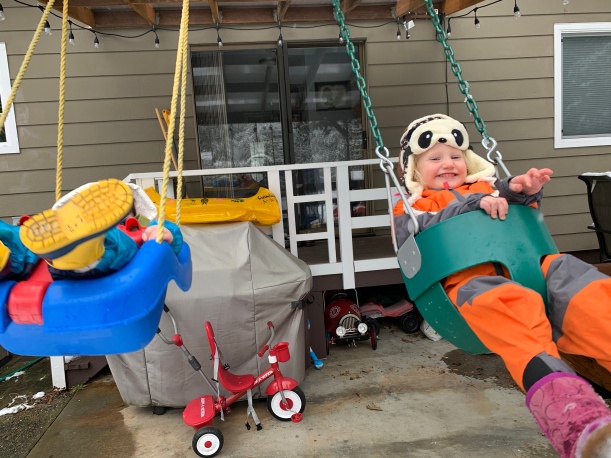